This is a touching story in time for Christmas! Hurt and alone, a stray and injured Pit Bull found a warm place to sleep for the night when he curled up to sleep in the hay in a Nativity Scene near the Village Square in Glendale, Cincinnati just before Christmas in 2013. He slept peacefully in the manger until he was spotted by a woman walking her dog. 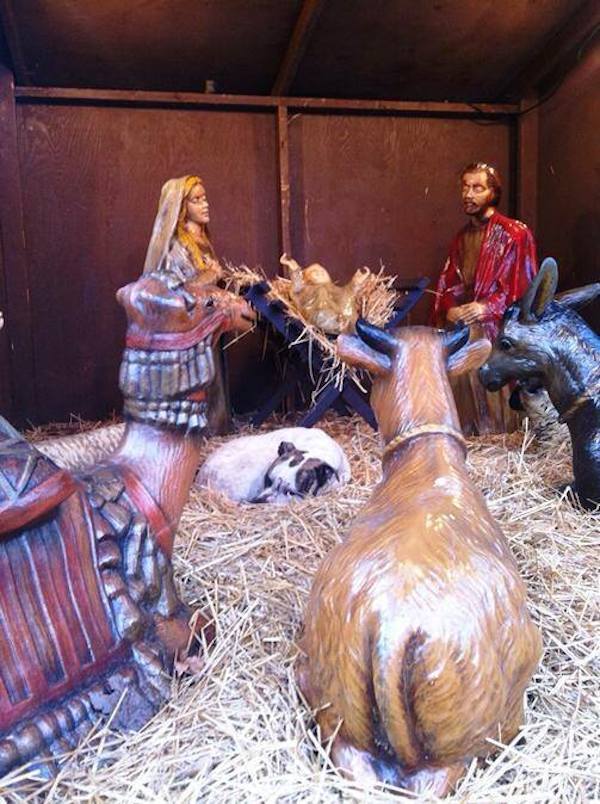 Concerned for the dog’s welfare, city officials got the dog to a vet. He was named Gabriel and he got a very happy ending. He was rescued by Cincinnati Pit Crew and spent Christmas snuggled up with a foster family. Just two months later, Gabriel was adopted!