After 12 days of searching, he had lost hope. But then he learned about this awesome tip and how this has reunited many lost dogs with their families. 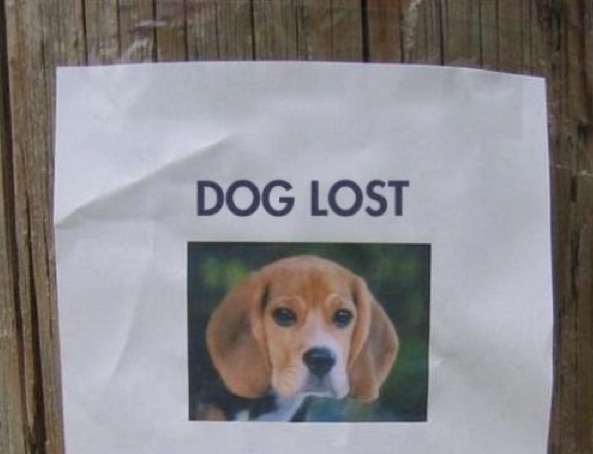 “On day 12 of searching for my dog in a heavily wooded area, distraught and hopeless, I ran into a couple of hunters. They said they lost the occasional dog on a hunt but always got them back. What they told me has helped many dogs and families be reunited. I’ve given their advice out a few times in the last couple days, so I thought if reddit has any lost dogs out there, this could help:

The dog owner(s) should take an article of clothing that has been worn at least all day, the longer the better, so the lost dog can pick up the scent.

Bring the article of clothing to the location where the dog was last seen and leave it there. Also, if the dog has a crate & familiar toy, you can bring those too (unless location undesirable for crate). You might also want to leave a note requesting item(s) not to be moved.

Leave a bowl of water there too, as the dog probably hasn’t had access to any. Do not bring food as this could attract other animals that the dog might avoid.

Come back the next day, or check intermittently if possible. Hopefully the dog will be waiting there.

I was skeptical and doubted my dog would be able to detect an article of clothing if he didn’t hear me calling his name as loud as possible all day for 12 days. But I returned the next day and sure enough found him sitting there!

I hope this helps someone out there who’s missing a best friend. Good luck 🙂“

Please share to help more families find their missing four-legged family members. This method is reported to have worked a large number of times by DogHeirs members.

These Three Frozen Homemade Dog Treats are Perfect For the Summer

How to Tell if Your Dog is Sick

How to Massage Your Dog