Hessel the Labrador Retriever and Hannes the cat have been friends since the day they met. 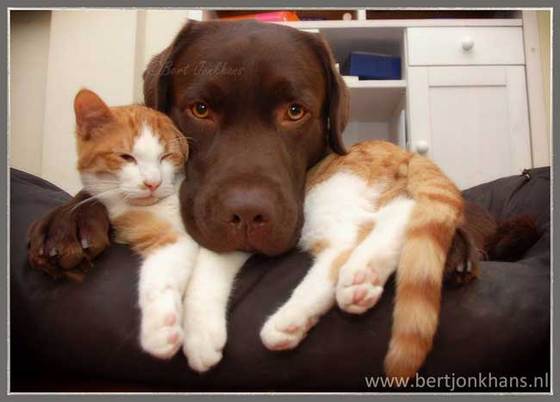 Their dad, Bert Jonkhans, told DogHeirs, “We got Hannes as a kitten when Hessel was 1 years old.” 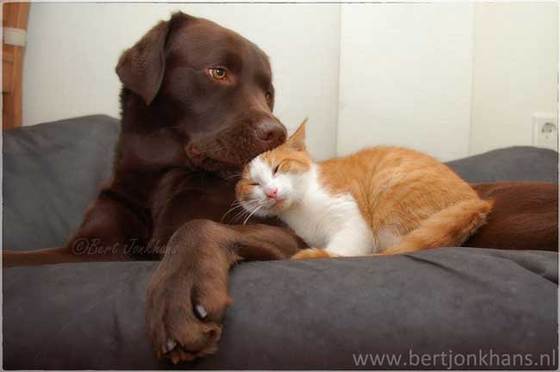 Hessel is now almost 8 years old and Hannes is almost 7. The family lives in the Netherlands. 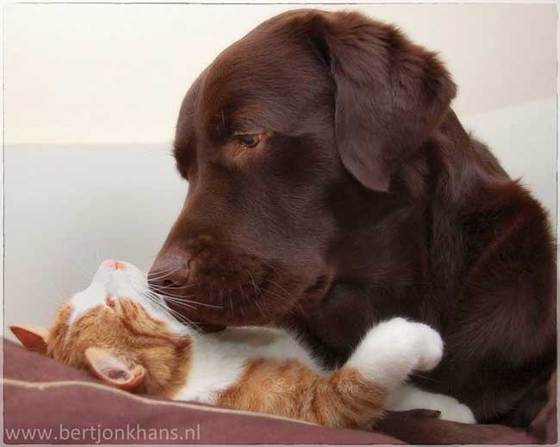 “The family where Hannes was born also had a dog. So Hannes was already used to dogs when he came to live with us,” said Bert. 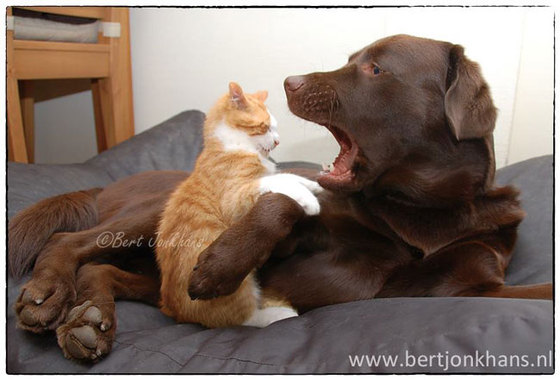 Hessel on the other hand, wasn’t familiar with cats. “Hessel wasn’t fond of cats; like a characteristic dog, he thought cats were for chasing,” he explained. 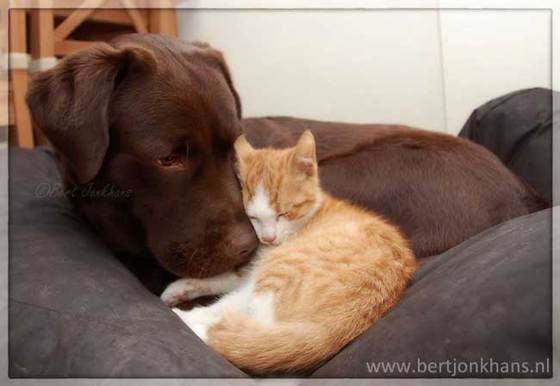 “Then Hannes came into his life; a curious little kitten, who followed him everywhere in the house, slept on his bed and ate from his food bowl.” 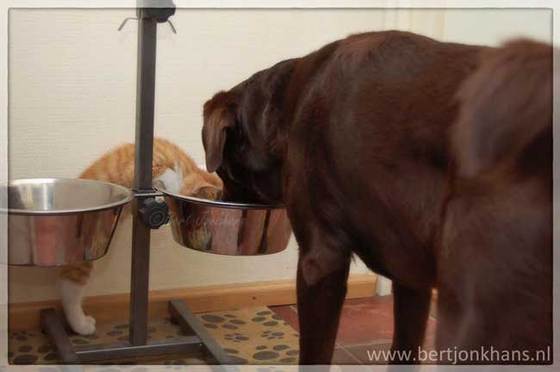 “From day one Hessel accepted Hannes completely, being the silly, sweet dog he is.” 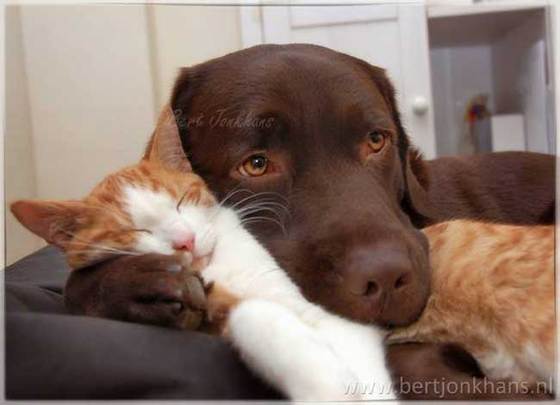 “A real Labrador, Hessel can be boorish, so he didn’t understand his body is too heavy for lying on top of the cat,” said Bert. “But Hessel always approaches Hannes calmly.” 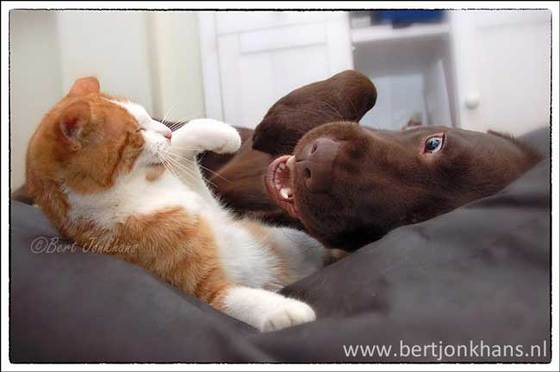 “On the other hand, Hannes loves attacking Hessel. Especially when Hessel is asleep, or just walking by,” described Bert. 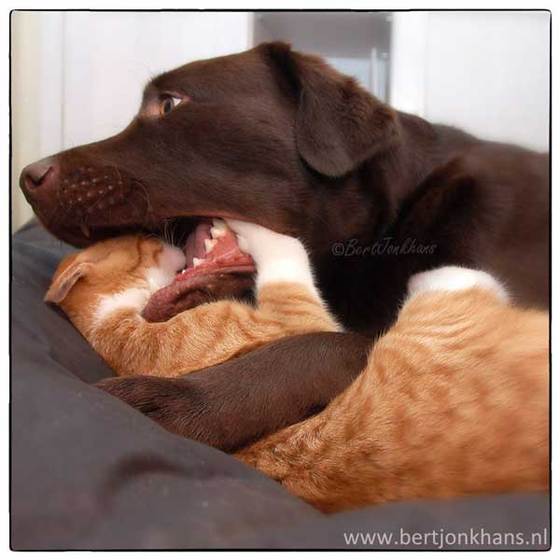 “For example Hannes is sitting on the back of the couch, Hessel walks by and Hannes is giving him a whack on his buttocks. Then he immediately runs away, hoping Hessel will come after him.” 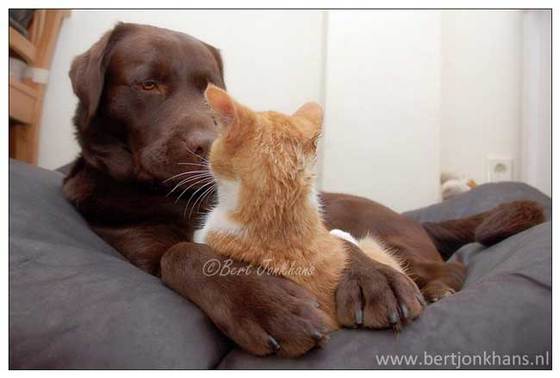 “The secret of friendship is being a good listener!”

“But they also love to sleep together,” described Bert. “In the beginning we sometimes couldn’t find the cat. We looked everywhere and would find a little cat tail under the dog.” 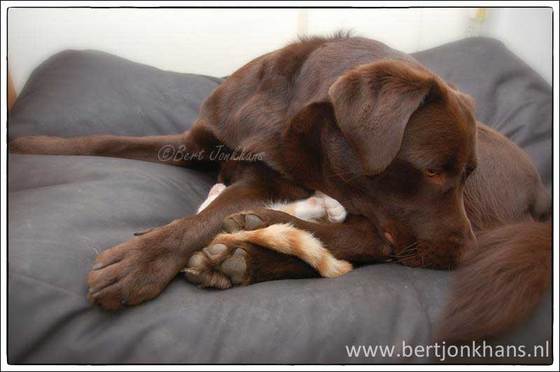 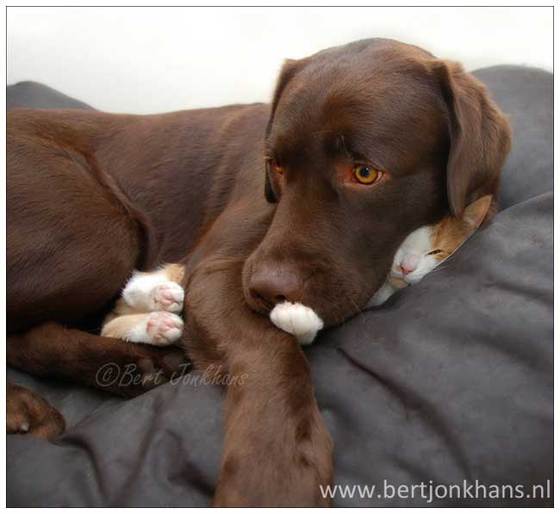 “Lying with the dog is, of course, a very warm place for a cat, he doesn’t mind the dog being all over him.” 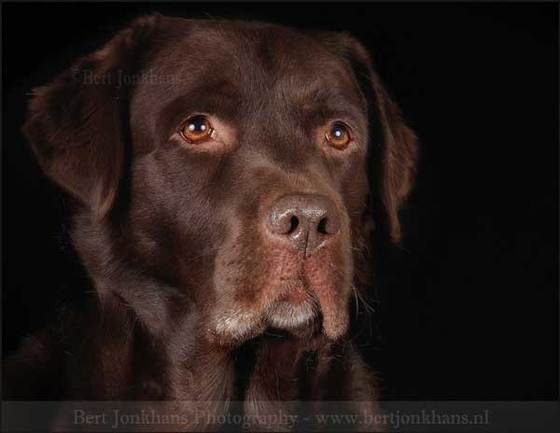 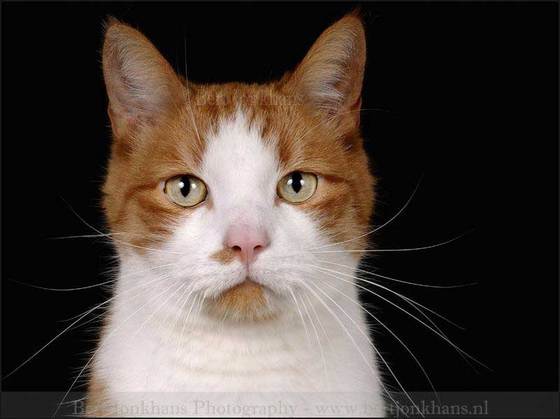 “Over the years they still are the best friends, Hannes is the boss though.” 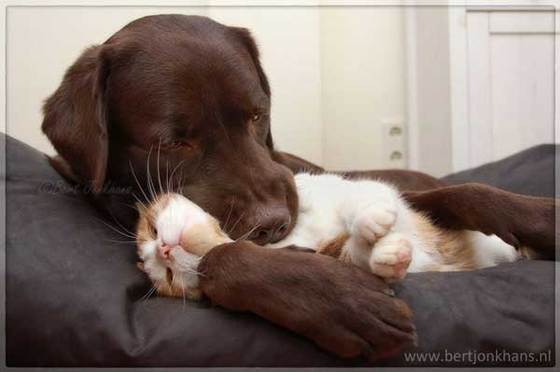 “They are calmer now that they are older. So the playing and attacking from Hannes has lessened.” 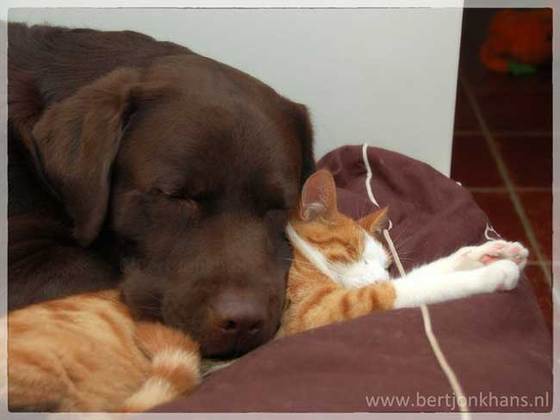 “Most of the time they sleep with each other.” 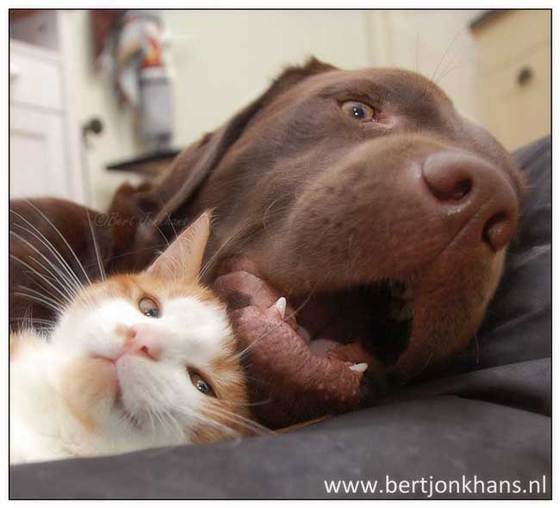 “We assume that Hannes thinks he’s a dog also. He eats like a dog, he loves water, loves chasing balls, listens to his name and hates to be alone.” 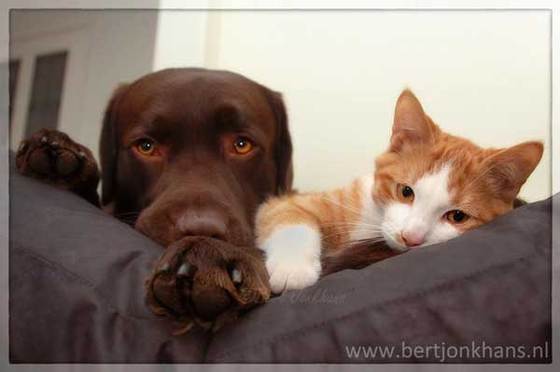 “He adapts perfectly into the pack.” 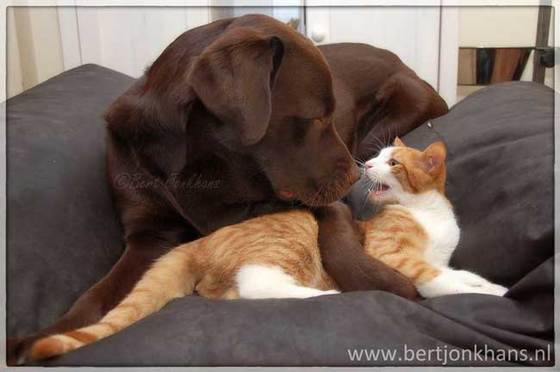 Two years ago, the Jonkhans got another dog called Millie. “Millie is 7 years and was also used to cats when she came into our house.” 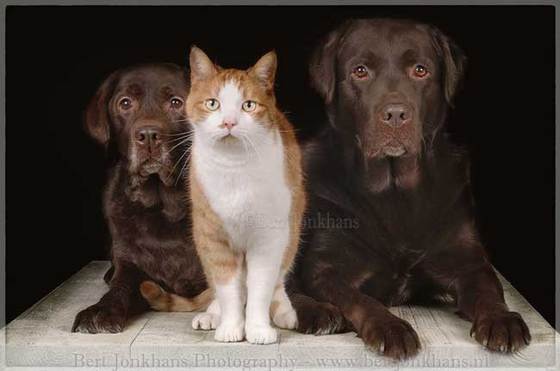 “Hannes and Millie accept each other and sometimes sleep together, but they do not have the same bond Hessel and Hannes have.”

“It’s great living with them, and my camera is always in the neighborhood.” Ready to take more great photos!

Hessel and Hannes have their own Facebook page here and you and see more of Bert’s photographic work at his website Bert Jonkhans Fotografie.

Little Girl Tries to Sneak Her Puppy to School

Dog Sees Baby Getting Hugs From Grandma and Wants Some Too