Every dog has a favorite stuffed toy but because it is a favorite it gets chewed up, ripped up and almost torn to shreds. That’s what happened to Leo the Goldendoodle’s favorite toy. But never fear it’s granddad to the rescue. Armed with needle and thread granddad sets to work repairing Leo’s much beloved toy.

The sweet moment was caught on camera. The adorable looks pup Leo gives his toy and his grandpa! 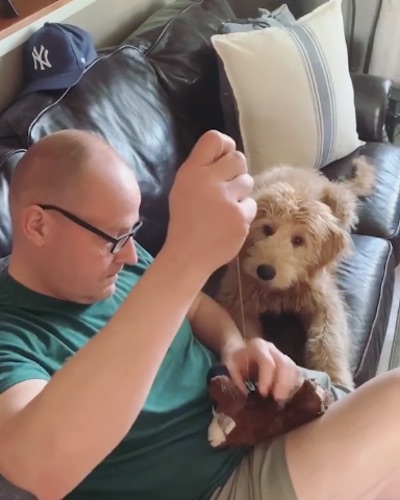 His eyes follow every stitch. At one point, he leans his chin on his granddad’s arm. Click the play button below to watch the adorable clip.

If you have trouble viewing this video, try the one below.

Leo is a full-sized goldendoodle but that he’s only six months old, “so he’s still pretty small” according to his humans.

And how are Leo and the “patient” doing now? redditor Halaxanian shared this adorable clip of the “patient” and Leo reunited and doing great.

Patient and Leo are doing great! from r/aww 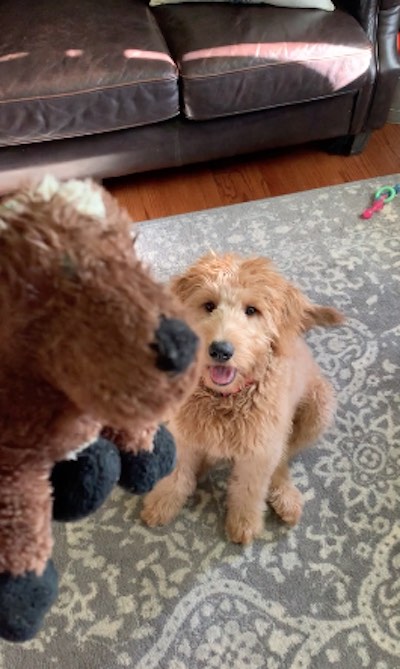 From Leo’s expression it’s clear he is delighted to get his toy back!

Clever Dog Shops For Dog Food All By Himself

Adorable Pomeranian Puppy Thinks She is a Wolf