Every pet parent loves to see their dog run in grass. However, there are some wild grasses that dogs should stay away from. Foxtails are grasses with seed awns that are extremely dangerous to dogs. That’s because the awns on foxtails are barbed, razor-sharp needles, designed to burrow into the ground with the seed. However, they can also burrow through a dog’s skin and enter soft tissue where they can cause serious injury, infection and even death.

Foxtails torpedo-shaped awns are like bullets and can penetrate any part of a dog’s body. The awns most commonly lodge in a dog’s nose, ears, underbelly, rear end and paws. Long-haired dogs are particularly susceptible, as the barbed foxtail stays attached to the dog’s long fur and are difficult to spot. 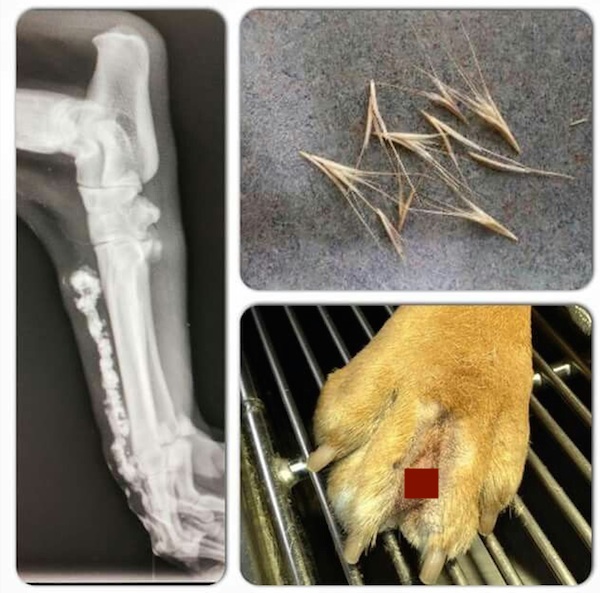 Foxtails are found most often on wild barley grasses and are distinguished by the hairlike needles that resembles a fox’s tail. Sometimes, they are also called “spear grass”. In some varieties, the spikelets (top) look like common barley or rye grass.

The grass most often invades disturbed sites, like a weed. They grow at roadsides, landfills, fence rows, open fields, mountain trails, vacant lots and sometimes lawns. Foxtail grasses can be found throughout the world. Although it is not native to North America, it’s commonly found in the Western and Southern United States, with the greatest foxtail problem occurring in California.

Not all foxtails have lethal awns, but grasses such as foxtail barley and foxtail grass have particularly nasty awns. Other kinds of grass, such as Ripgut brome and Canada wild rye, also have potentially dangerous awns.

Foxtails can become lodged in between toes, in nostrils or in ear canals. Wherever the foxtail is located, once it’s through the skin of a dog it should be examined by a vet in order to make sure the entire awn is removed. That’s because once a foxtail awn begins traveling through your dog, they do not break down, but will travel through tissue and organs.

A foxtail in a dog’s ear can perforate an ear drum. In a paw, it can lacerate the pad and move into the limb. It can damage an eye. In the nose and mouth, foxtails can eventually migrate towards the lungs. The bacteria carried by an awn can also cause infection and abscesses to form. That’s why removing foxtails almost always requires an anesthetic and surgical procedure by a veterinarian.

One German Shepherd needed surgery to remove and clear large internal abscesses caused by a foxtail. The dog made a full recovery after surgery.

What are the symptoms to look for? Dogs may start sneezing vigorously and pawing at the affected area. Sometimes the foxtail is not easily visible (if ingested or inhaled), other times there will be visible wounds.

Foxtails are at their most deadly when they become dry and brittle, and the grass heads begin to separate. They cease to be a danger when the spikelets are mechanically abraded (say by farm tractors) or break down in the ground. In some habitats, foxtail can break down in a matter of weeks, but in others it can take months. 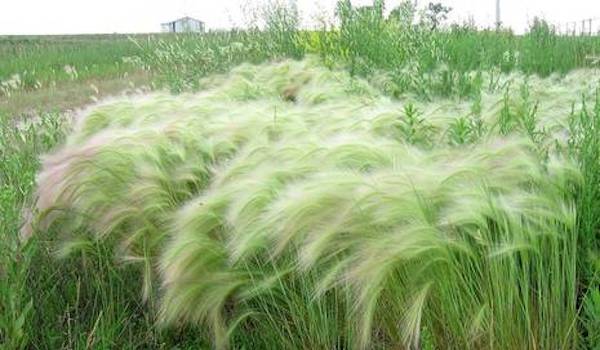 The best precaution to protect your dog is staying out of areas with foxtails. As there are many kinds of bromes and barleys it is best to ask your local veterinarian if any foxtail is found in your area and familiarize yourself with what foxtail looks like. 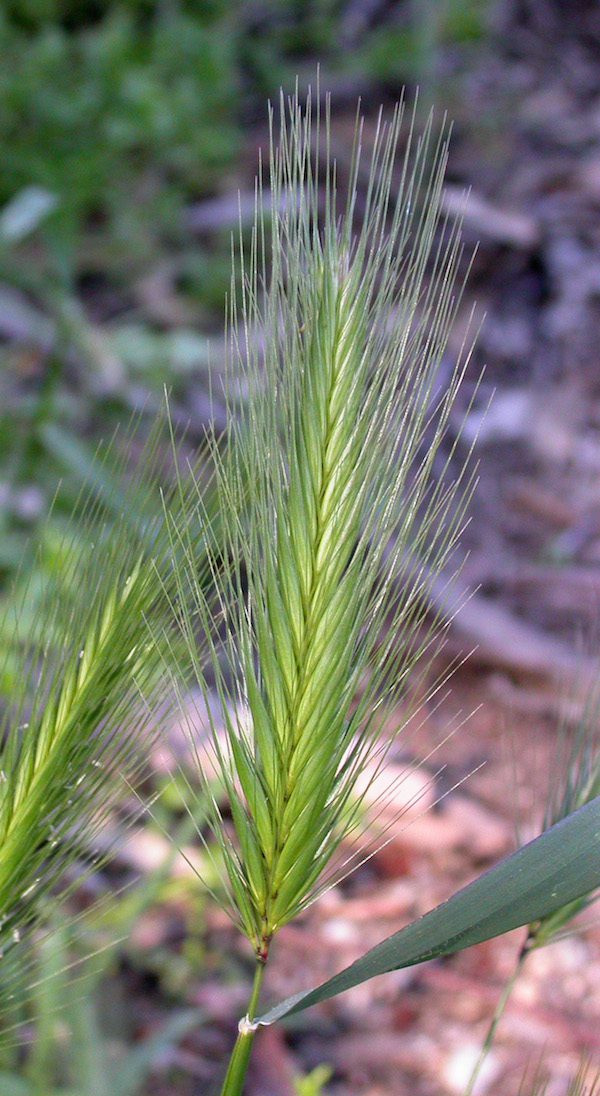 If you discover you have them in your yard it is best to get rid of them completely. Once mowed, the spikelets (which contain the foxtail) need to be raked and thrown away.

If you take a dog to areas where foxtail grass is, make sure you thoroughly check him/her over after being outdoors. Pay especially close attention between the toes, around the ears, eyes and nose and underbelly.

The most important thing you can to prevent your dog from being harmed by foxtails is to keep it away from areas where they growing and regularly check over your dog if you suspect he/she has been near some.