A large tan dog who has been appearing alone in parking lots or near trailheads in the Fraser Valley of Vancouver, British Columbia, may look like a lost dog, but he isn’t. The dog’s human recently posted an explanation on Craigslist and warns people they should not approach him. 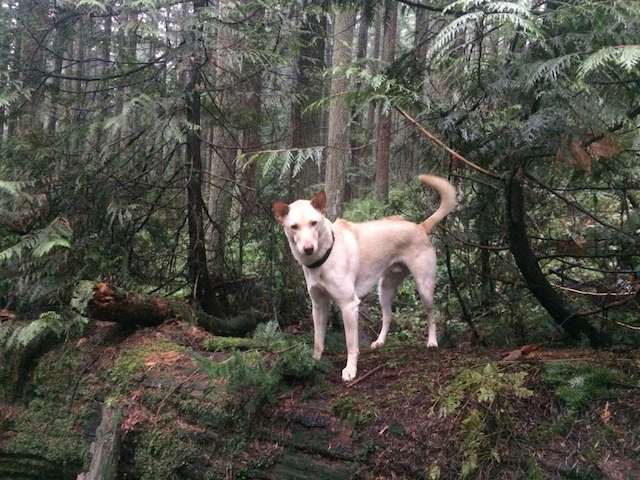 He posted the story under the title “NOT Lost Dog (Mainland)” accompanied by pictures and an explanation from his dog’s POV.

“If you are reading this you’re probably looking at me. Don’t bother chasing me, you’ll never catch me. Many have wasted time trying without success. I am NOT lost, and am waiting for my dad to come back to wherever I am.” 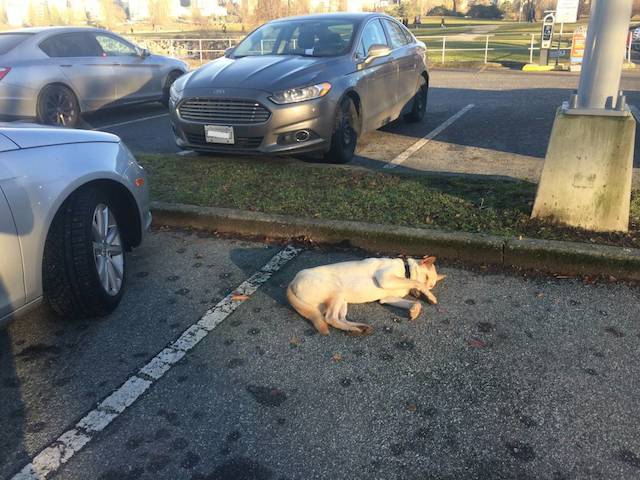 “If there’s a green jeep near me, that’s my ride, and I’m waiting by it because I’ve figured out that the human will always return to it.” 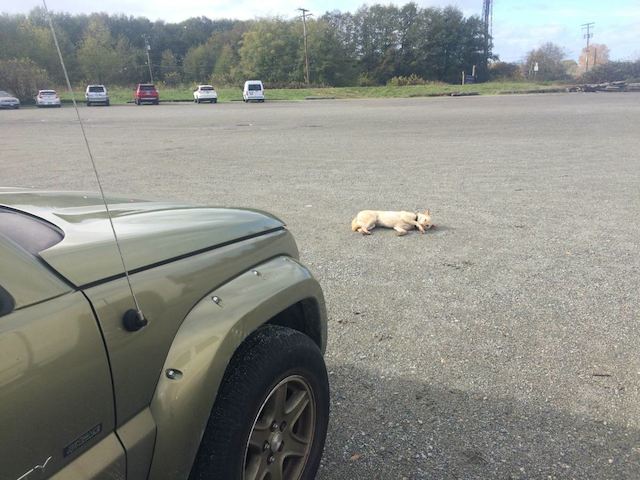 “I am a former street dog, so I’m pretty street smart and elusive. I understand traffic and trains, and as long as I’m left alone I won’t run into trouble.” 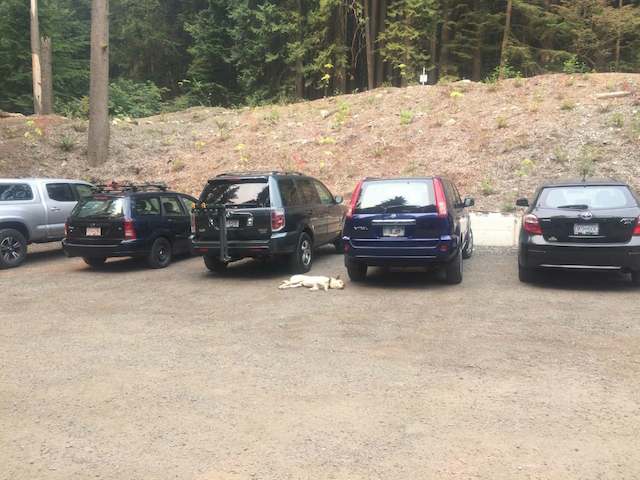 “Like a typical street dog, sometimes I just lay around, keep a low profile and enjoy the passage of time.” 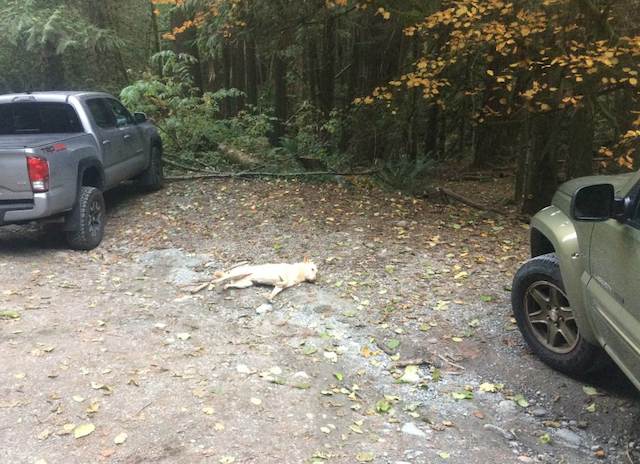 “Without getting into too many details, humans meddled in my world and I ended up here.

“Initially I was with humans who always had me leashed and in a straight jacket. I hated it and was so miserable, so they gave me away.” 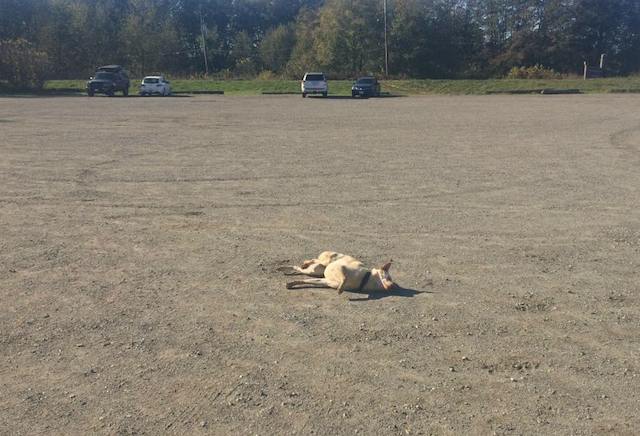 “Eventually I ended up with an active human who’s okay I guess, and my energetic new brother. They like to go out and do things for hours on end.” 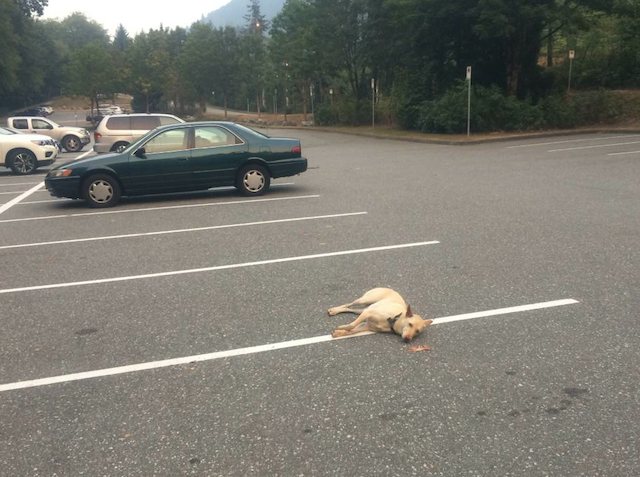 “I like them both, but this active thing doesn’t always work with me because I’m lazy AF.

“Leaving me at home isn’t an option because it makes my brother sad, so dad brings me out hoping I’ll tag along. Sometimes, randomly, I decide I’m not going to do anything except go all the way back to the car, lay around and be lazy.” 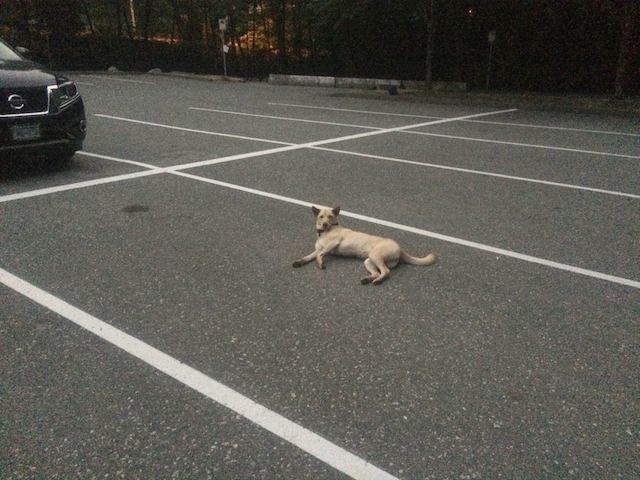 “My dad used to let it ruin his day and come back too, but he decided that was bad for everyone since he’d be mad and my brother wouldn’t get to do anything.

“So now he and my bro just enjoy themselves while I lay around parking lots and do nothing. I usually don’t wear a collar so people don’t try and catch me. The worst thing that could happen would be a human touching me. I just don’t allow it.”

The dog’s human also knows that some folks might be alarmed or angered by his approach, but it’s what works for now.

“As you can see from the pictures, this is what I do. So if you’re concerned… don’t be.”

“I’ve lived like this for 3 years, and plan on going on for many more.” 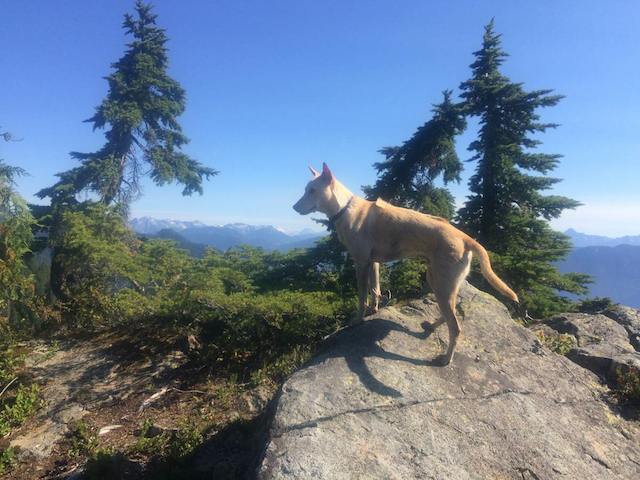 Not every street dog adapts to life in a home or on the end of a leash as one would hope they would. Although this situation is not ideal, this dog is obviously loved, fed and looked after.

However, some folks question this dog owner’s approach as it clearly is not in keeping with city off-leash ordinances and questionable to the safety of the dog.

Says one, “Unless you’re in a designated off-leash area, your dog should be on a leash, full stop. If your dog is off-leash, then you should have full voice command over him/her, which includes being in eyesight. If you let your dog wander around with no control or courtesy to people/other dogs/wildlife, simply because ‘he can handle himself’, you are an asshat.”

Some people have also pointed out that the dog not wearing a collar with ID is a problem (although the photos do appear to show him wearing a collar) and simply not a good idea if someone does manage to catch him.

Do you have experience caring for a former street dog? What do you think of this man’s approach?