Rain or shine or snowstorm, dogs will ask to go outside to do their business. But for Argus, this turned into a funny moment his mom captured on camera.

Argus told his mom he wanted to go outside, but he had second thoughts when she opens the door. That’s because their neighborhood was blanketed with snow thanks to a blizzard. Christiann Rosemurgy shared the video on Facebook and wrote: “For anyone who doubts there is a blizzard today…” 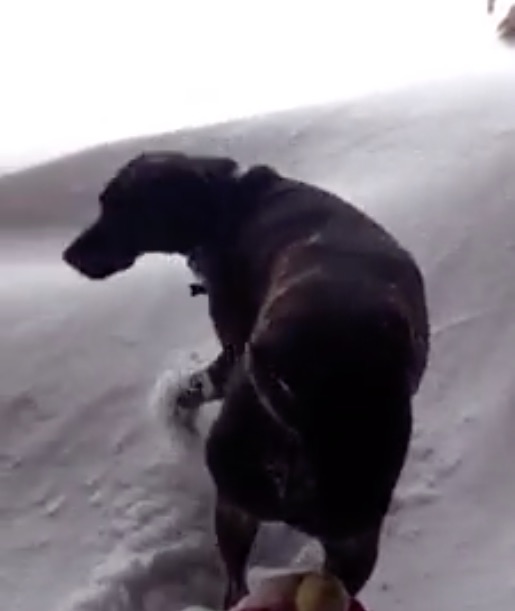 In the video, Christiann asks Argus to drop his toy on his way out and he heads out. But neither of them expected what came next!

Poor Argus! But he looks like he’s done this before – just look at how he plows through the snow into the backyard. When it comes to going potty, he’s not going to let a bit of snow stop him!

Dog Hurries Home with Stick for One Hilarious Reason