A dog owner says she regrets getting her dog’s ears dyed red after the dog had a severe allergic reaction that allegedly caused one of his ears to fall off.

A Pomeranian named Diffy went viral after his unnamed owner brought him to a grooming salon in Hua Hin, Thailand to have his ears and tail dyed. The staff carried out the request, using a red dye on the dog’s ears and tail and leaving them covered in aluminum foil for around 40 minutes, the dog’s owner said. 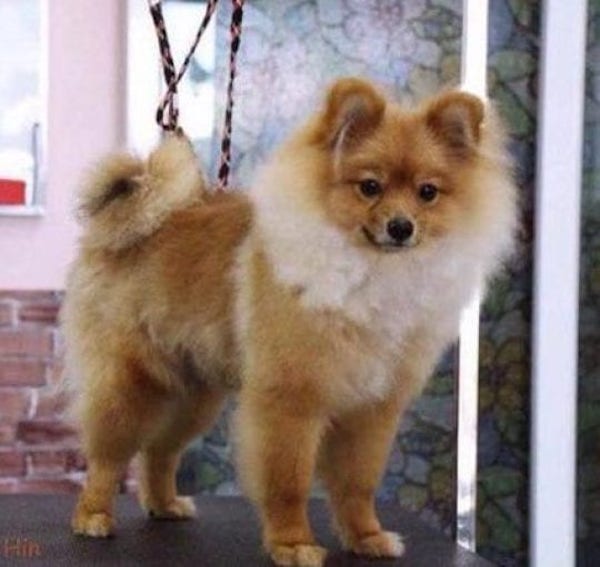 Initially happy with the results, Diffy’s owner soon noticed that Diffy’s ears were drooping and asked the grooming salon about it. She said that they told her that the drooping was normal and that her dog’s ears would perk back up in a few days. However, the woman later shared on Facebook that one of Diffy’s ears fell off, burned by the dye. 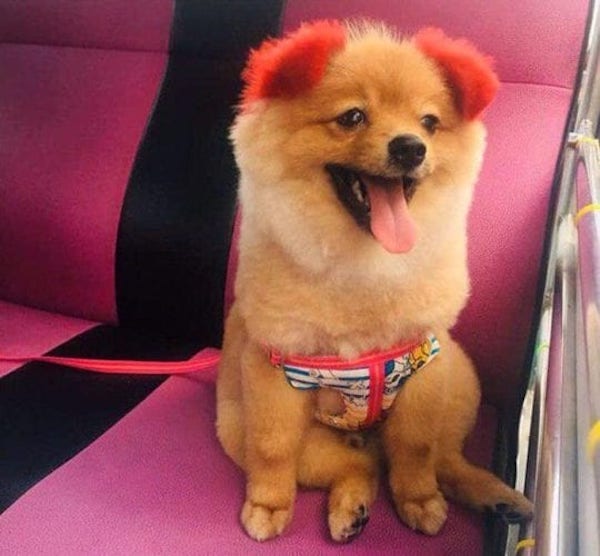 “Diffy’s left ear is now falling off because of the colour dye,” the dog owner wrote. “The pet groomer put too much dye on him. My dog’s ear was itchy, burnt, turned black, cracked, and eventually fell off. I don’t blame the grooming store but I blame myself for wanting to have his ears dyed.”

Although remorseful, the dog owner came under fire for wanting to dye her dog in the first place, many calling her actions irresponsible and cruel.

Neeyada Sirisampandh, who runs a dog rescue group in Bangkok, commented: “Let this be a lesson to other dog owners. It is dangerous to dye your puppy’s fur. This dog’s ear looks like it suffered an allergic reaction and was burned. Then it fell off. Her ear is gone forever. It’s all the owner’s fault for trying to colour them.”

Praew Panyowat wrote: “This is just a fashion to make the dog owner happy. It’s irresponsible and they should take care of their pet better.”

A dog named Violet had an even worse accident with purple dye when her owner put human hair dye on her, resulting in burns all over her body. 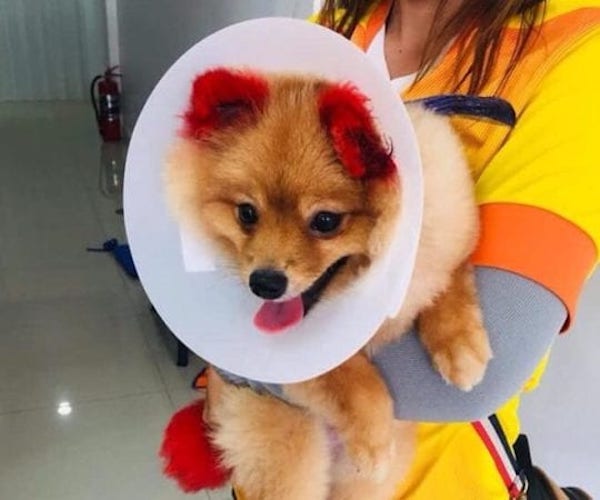 Although it has not been clarified as to what kind of dye was used on Diffy, even pet-friendly dyes can be unsafe and cause allergic reactions in some dogs, which appears to be what happened to Diffy.

Diffy’s accident serves as a strong reminder to be extremely careful if choosing to dye a dog’s fur. Just like people, they can have allergic reactions to chemicals and it is best to choose to not do it at all. But if you choose to, please consult with a professional groomer and/or veterinarian to discuss safe products and do your research before buying any product.

Cat Has Funniest Reaction to Dog Tugging on His Tail

Boo the ‘World’s Cutest Dog’ Passes Away From ‘Broken Heart’