A street dog whose health was deteriorating was saved from a slow death when rescuers received a call. Animal Aid Unlimited knew right away that she was “succumbing to advanced mange”. They could see she was in the grip of “intense itchiness, and crusted skin which broke apart in massive cracks.”

They noted that she “looked like an ancient one, shriveled, gnarly and fading away.” But they were about to rescue her from a terrible fate. 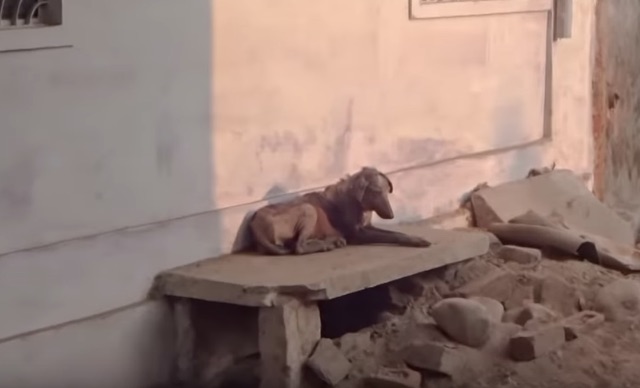 Like most mange dogs she had likely run herself ragged trying to escape the maddening itchiness. Now, she was deflated and perhaps preparing to let go of life itself.

The rescuers gently gave the dog they named Shimmer some food and pets to comfort her before taking her back to their shelter. It might have been the first time she was ever petted.

She faced her regimen of medicated baths with trembling fear, but within a few days came to understand that touch did not have to mean pain; touching now meant comfort. 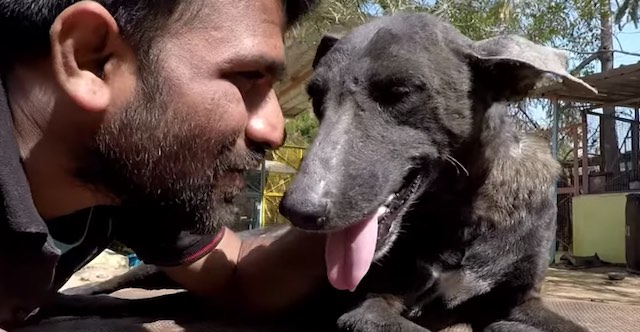 She began to feel better – which was evident from the smile that emerged on her face!

Watch her amazing transformation in the video below.