When Holly’s dog Sam went for a day at the lake with his family recently, the outing turned into a funny, but slightly scary, experience for her sister. Or as Holly put it, ”Well it was a nice lake day until my dog nearly drowned my sister.”

Meet Sam. Sam is a 2 years old Golden Retriever and has only gone swimming a few times. 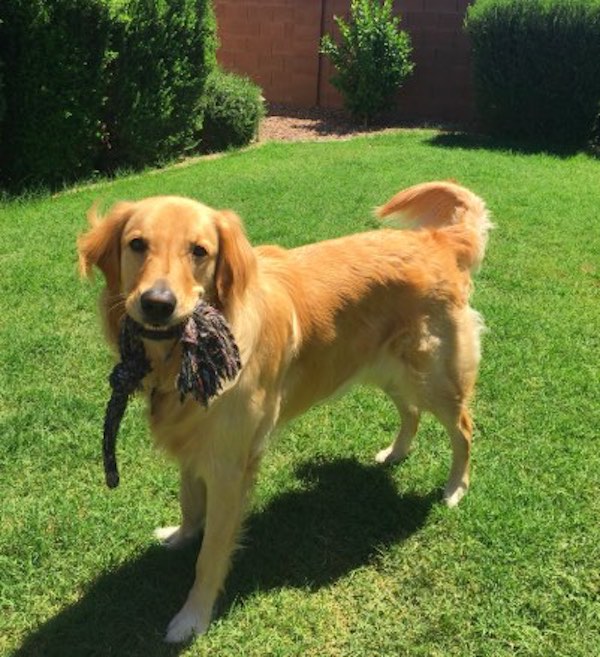 “We decided to take him to Saguaro lake with us that day, and since he’s only gone swimming a few times and it was a larger body of water we brought along his doggie life jacket just to be safe,” Holly told DogHeirs. 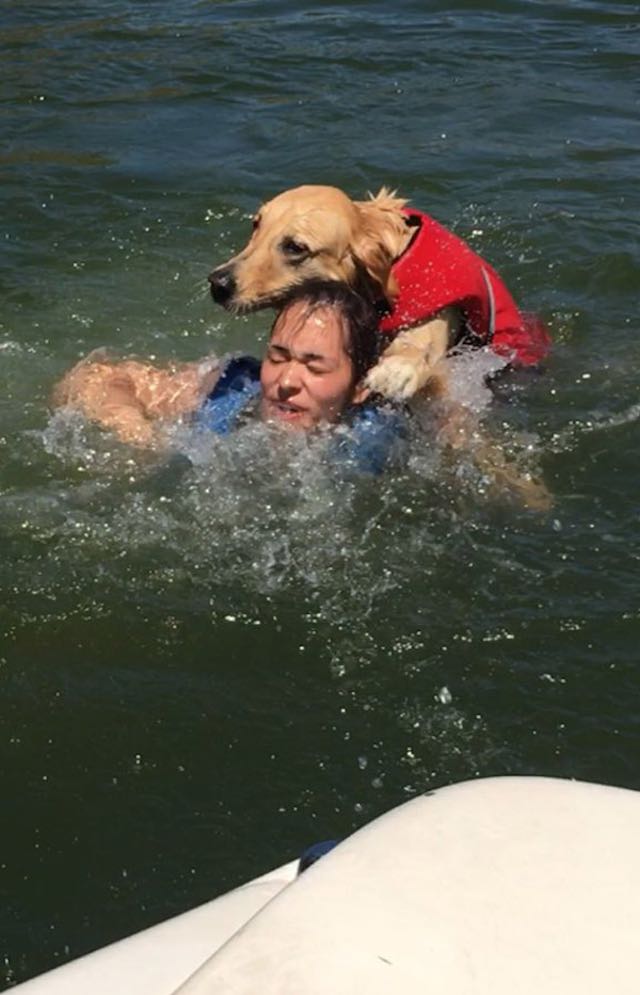 “My dad threw his ball into the water for him to get, which he did until he spotted my sister and decided to swim over to her instead,” she said. 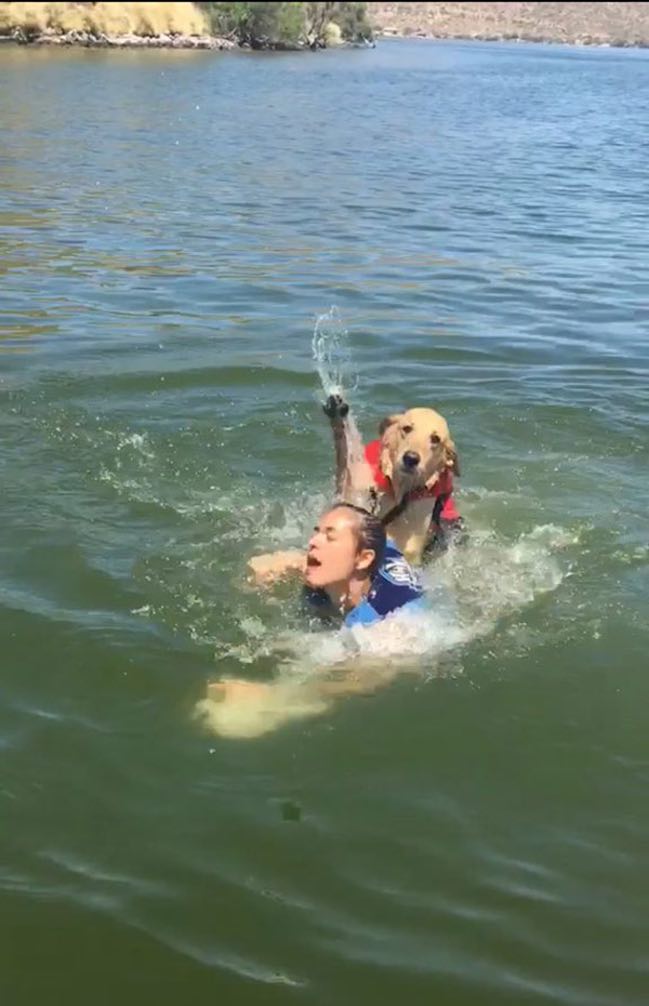 That’s when, much to everyone’s surprise, Sam climbed on top of her pushed her under the water. 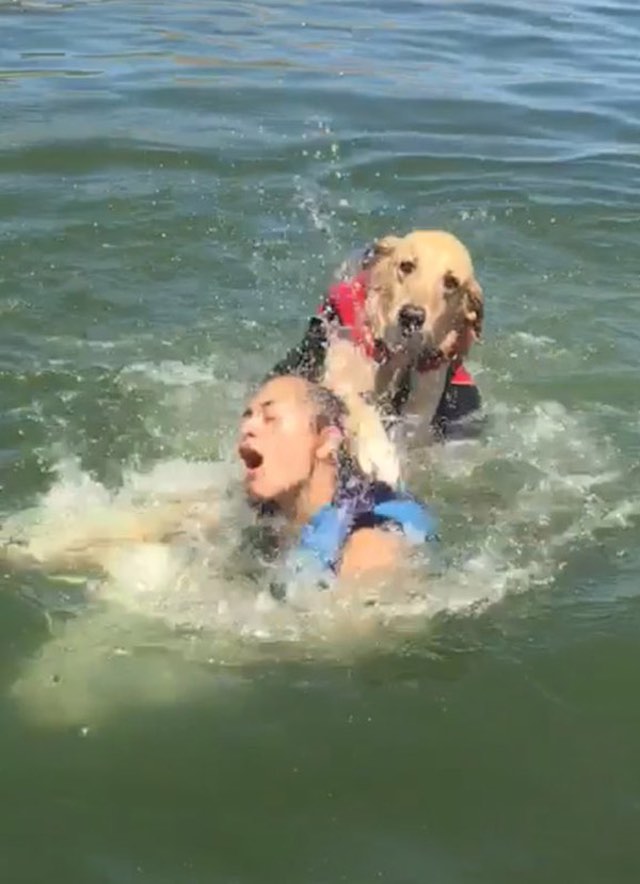 Holly continued, “I don’t know if he was trying to save her or save himself, but that’s when he put my sister under for a good five seconds before my dad came to the rescue!” 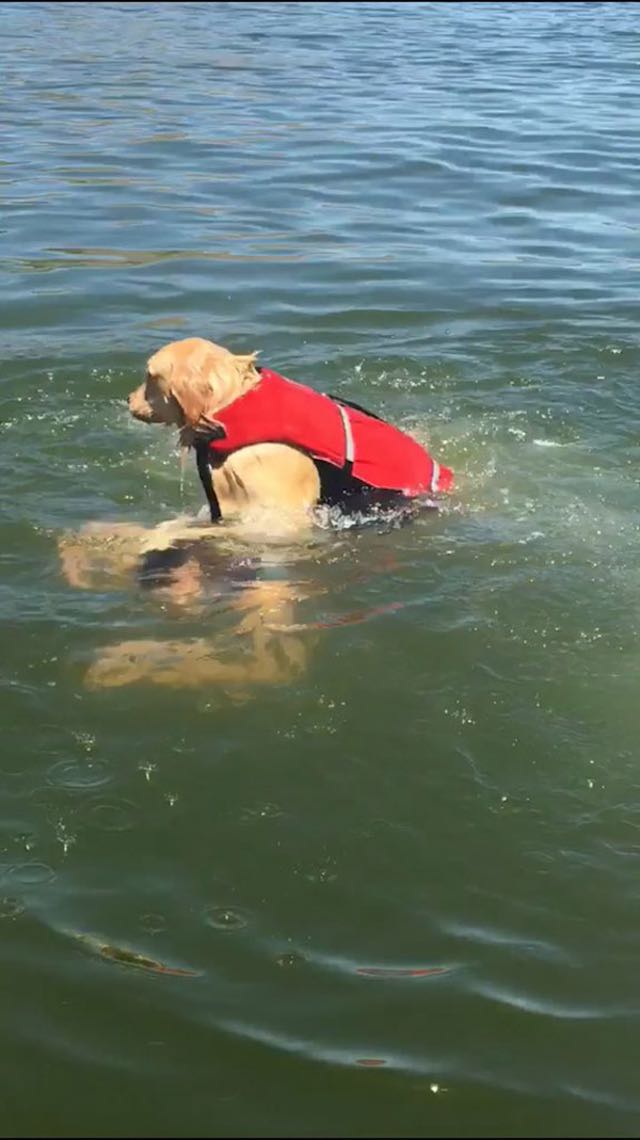 Needless to say, when people saw Holly’s photos on Twitter they were concerned…for the dog. 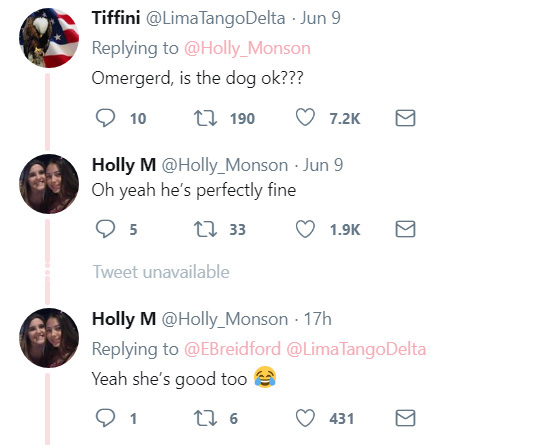 “We got him back onto our boat and gave him his ball, and all was good,” Holly explained further. “My sister is also perfectly fine; just a few scratches.”

So was it a case of sibling rivalry or just Sam not being a good swimmer? The Internet wasn’t so sure, but Sam’s day at the lake went viral and has given rise to debate over Sam’s innocence. 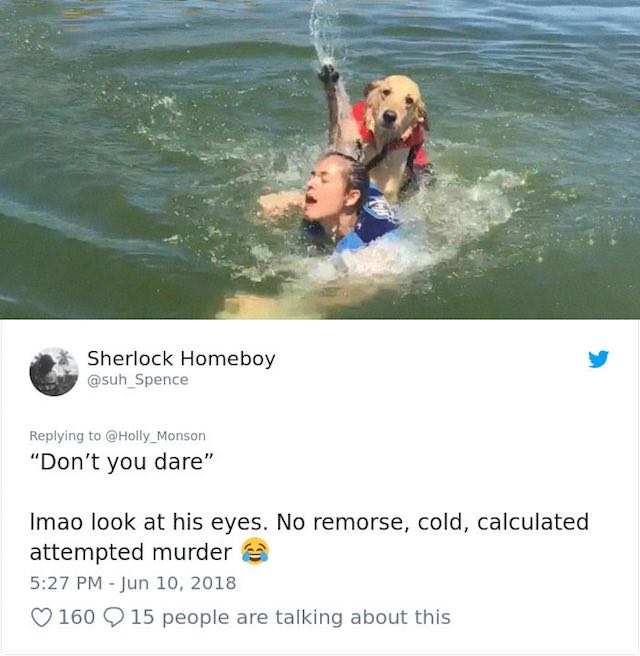 As for Sam’s take on things, Holly tweeted, “Hey guys, Sam would like to say thank you for all the attention and confidence in his innocence.”

Sam’s swim has spawned all sorts of hilarious memes too! 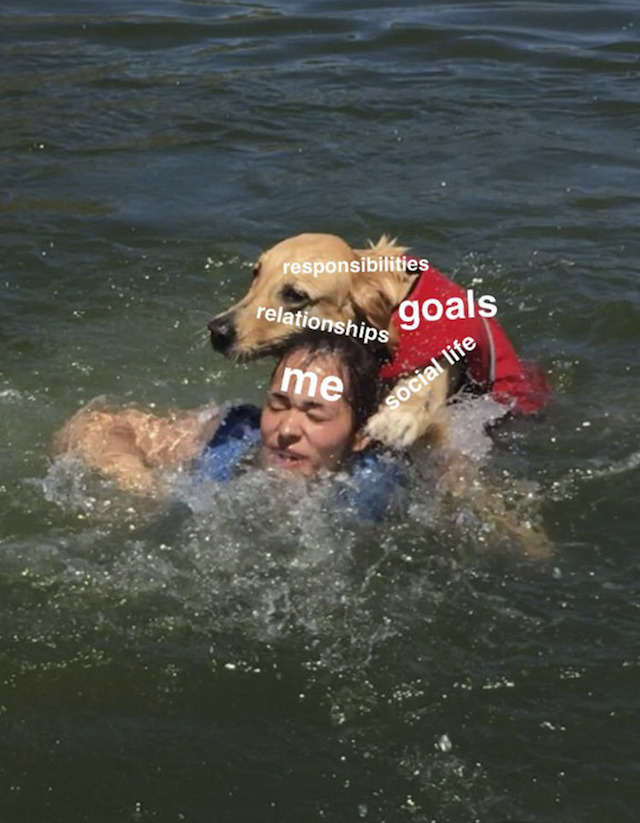 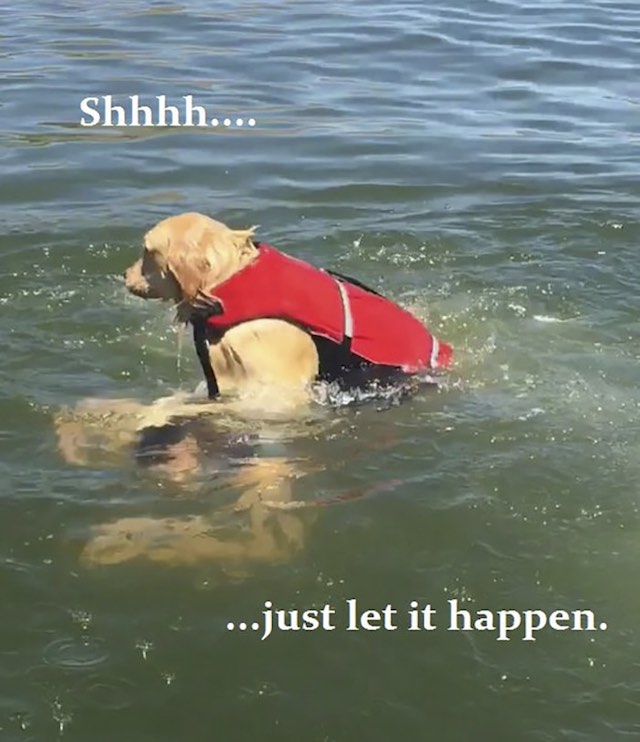 “That was his first swim of the day, so he could have been a little nervous,” she explained to DogHeirs. “We played fetch with him again in the shallows so he could get used to it and after that he was completely comfortable.”

No word, however, if her sister will be swimming with Sam again any time soon.

Dog Freezes in Motion Every Time He Visits the Vet

Rescue Dog Swims for the First Time with Dad’s Encouragement