It’s easy to see why Elisabet Browaldh and her dog Kummin finished 2nd in the Freestyle Heelwork To Music competition at Crufts 2020 when you watch their adorable routine.

Performing to music from Grease (the movie version), Kummin Av Ulfsater, a Dutch Schapendoes, danced their hearts out in the main arena.

There are a few lovely, fun touches in their performance – Kummin types a love letter and drinks from a straw! Throughout it all, the pair’s love and affection for one another shine through. 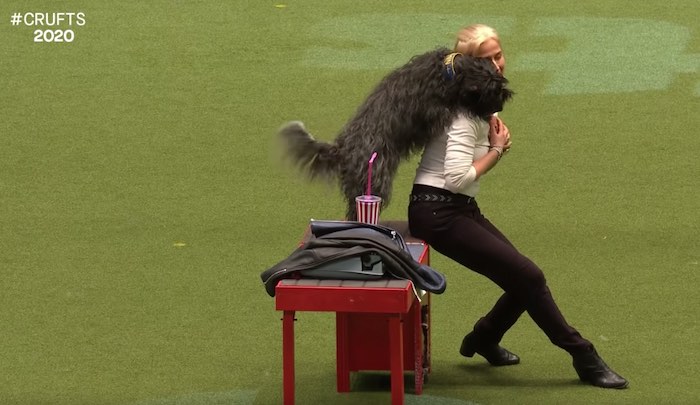 Watch their winning routine in the video below:

Schapendoes are also known as Dutch Sheepdogs and originated in the Netherlands. They were primarily used as a herding dog and farm dog but now they are often seen participating in dog sports like agility and flyball. Or, in the case of Kummin, Heelwork to music!

German Shepherd and Baby Play Chase Together In Adorable Video