When rescuers with Animal Aid Unlimited, India arrived to save Almond, he was bleeding profusely from a huge gash in his leg. The street dog didn’t know it, but his wound was life-threatening and needed to be treated immediately.

Given how dangerous a situation Almond was in, and the fact that he was likely in shock, rescuers used a big net to capture him safely. 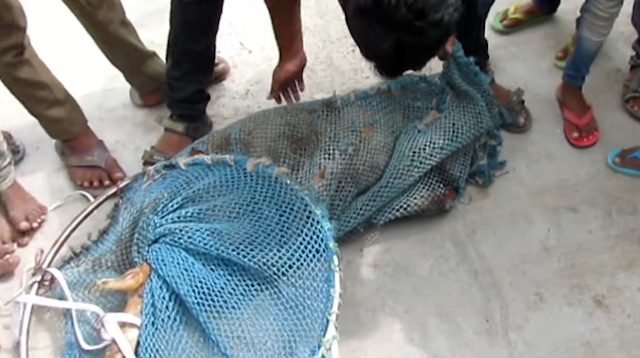 Animal Aid raced him to their clinic for emergency treatment. They wrote on YouTube:

“We found he had a huge laceration on his leg that had probably severed a vein and he was in so much pain when we found him. Without urgent care the wound would have likely continued to bleed, become infected and eventually killed him.” 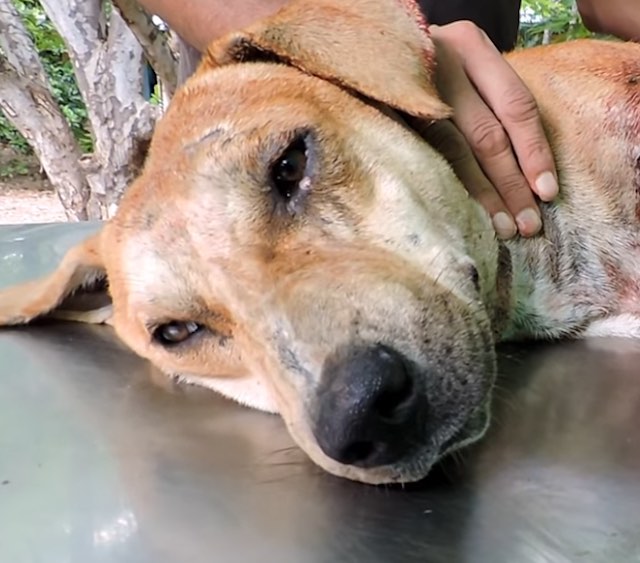 Thankfully, Almond’s surgery was a success and he pulled through, but Almond was reluctant to eat. 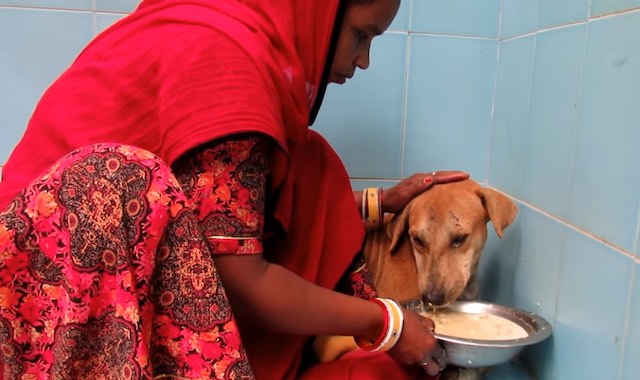 Eventually his rescuers earned his trust and he began to recover.

Once again able to walk, Almond wasted no time showering his rescuers with affection and showing them exactly how thankful he was. 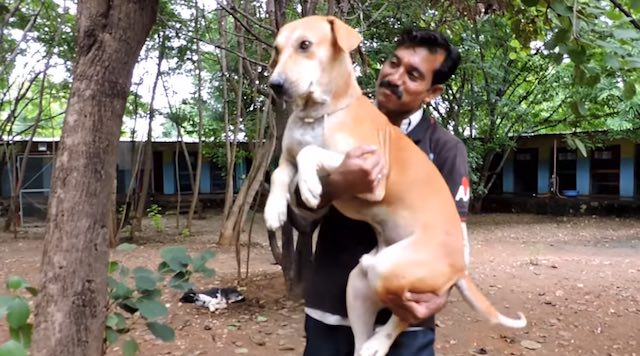 Watch this handsome boy’s rescue and recovery in the video on YouTube.

Man Adopts Sick Husky He Found Abandoned On The Street