Delta announced that effective July 10, all pit bull-type dogs will be banned from traveling with the airline as service or emotional support animals.

In a press release, the airline said the update to their policy comes as direct result of “growing safety concerns following recent incidents in which several employees were bitten.”

The company said that the changes “follow an 84 percent increase in reported incidents involving service and support animals since 2016, including urination/defecation, biting and even a widely reported attack by a 70-pound dog.”

Delta carries approximately 700 service or support animals daily — nearly 250,000 annually. The airline pointed out that Delta carries more than 180 million passengers annually. However, an increasing number of passengers are attempting to break the rules.

“Customers have attempted to fly with comfort turkeys, gliding possums, snakes, spiders and more. Ignoring the true intent of existing rules governing the transport of service and support animals can be a disservice to customers who have real and documented needs,” they wrote.

Unfortunately, the abuses of a few has effectively banned Pit bulls from Delta Airlines as the dogs are too large to travel in the cabin as a passenger’s pet, and are not allowed to fly in cargo holds.

One dog owner speaking out against the ban is Linda Hickey, whose 13-year-old son, Jonny, has autism and depends on his Pit Bull, Xena. The pair have a remarkable story and have flown on Delta twice with no problems. 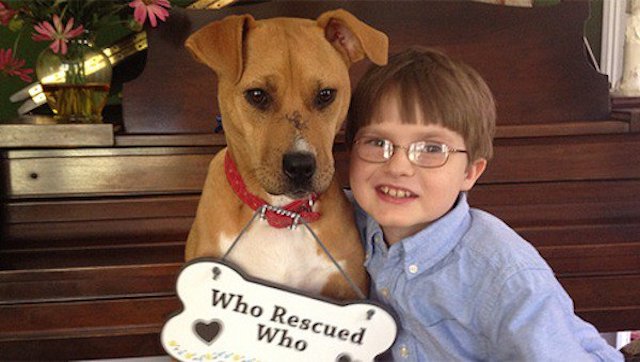 “Xena was treated like royalty. Our flight wasn’t full so they moved people around so she could have her own seat. They gave her ice chips and truly cared about her,” she told the Dodo.

“The real issue here is not the animals, but the people,” Hickey explained. “We are paying the price because others have taken advantage of the ability to get an animal certified. Now, those who are really in need of their support animals, such as my son, are being restricted.”

Some dog owners, who are taking short-cuts with proper service-dog training or pretending their dogs are certified service dogs when they aren’t, are a growing concern in the United States. The deception is leading to increased mishaps and dog bites, putting passengers and flight attendants unnecessarily at risk, and punishing dog owners with certified service dogs.

However, it is enough of a problem that it was pointed out as one of the primarly reasons Delta says it implemented the breed ban.

“We must err on the side of safety. Most recently, two Delta employees were bit by a pit bull traveling as a support animal last week. We struggled with the decision to expand the ban to service animals, knowing that some customers have legitimate needs, but we have determined that untrained, pit bull-type dogs posing as both service and support animals are a potential safety risk,” Delta said in a statement provided to PEOPLE. 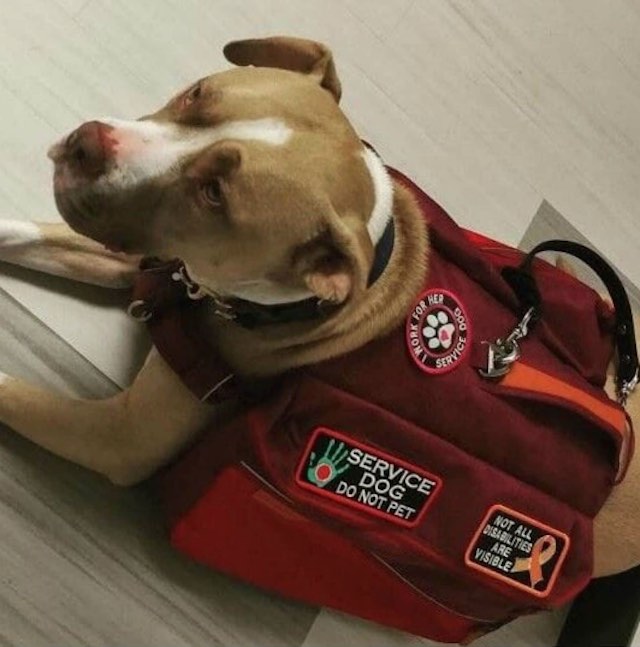 “The safety and security of Delta people and our customers is always our top priority,” said Gil West, Chief Operating Officer in the company’s press release. “We will always review and enhance our policies and procedures to ensure that Delta remains a leader in safety.”

Several other airlines have updated their policies, especially in regards to emotional support animals. United also revised its pet transport program, following several incidents involving animals, including the death of Kokito the French Bulldog, who died after being placed in the overhead bin of a United flight.

Animal welfare groups are already calling for a change to the policy. ASPCA CEO Matt Bershadker issued a statement upon Delta Airline’s press release, saying, “Delta Airlines’ policy to ban pit bull type dogs as comfort or service animals does not achieve its stated public safety aim and spreads false and life-threatening stereotypes. Every dog is unique, even dogs within the same breed, and their behavior is influenced by many factors, including socialization, developmental experiences, training, environment and genetics. In fact, pit bull type dogs have long been popular family pets, noted for their affection and loyalty. Delta Airlines should resist unwarranted breed prejudice and rescind its breed ban.”

Hickey is also hoping that the airline will have a change of heart. “Clearly, we don’t agree with this ban,” Hickey told the Dodo. “I certainly hope they rethink and reverse their decision. Dogs like Xena are the majority.”