Border Collies are expert herders and they can corral more than just sheep. During a demonstration at Putnam County Fair in Cookeville, Tennessee, Candy Louise Collins filmed her husband, Chad, and their three dogs demonstrating how to herd a group of ducks.

The goal was to move the ducks into the center of a hula hoop by guiding them down the dirt road to the ring. 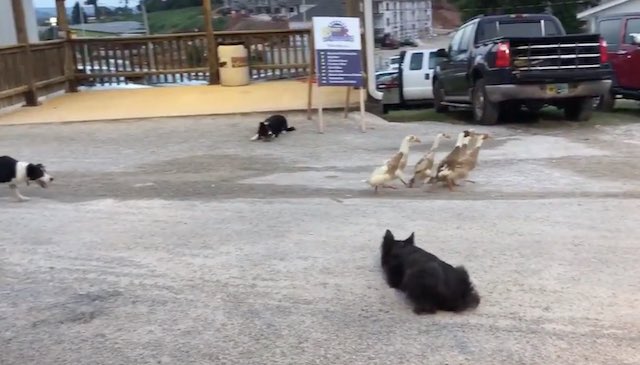 Slowly but surely the dogs patiently and very attentively move the ducks to where they have to go. 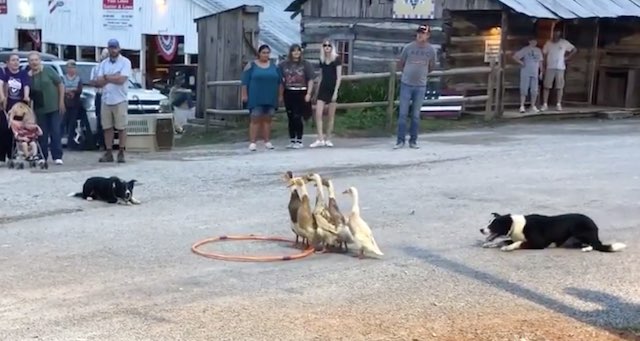 Roy, Lass and Celt are hyper-focused on the task, not letting the ducks stray too far from one another. They are also very still, crouching down so as to prevent the ducks from panicking. Soon all three dogs have the ducks surrounded. The crowd of spectators is also rapt with attention, watching the dogs in action. 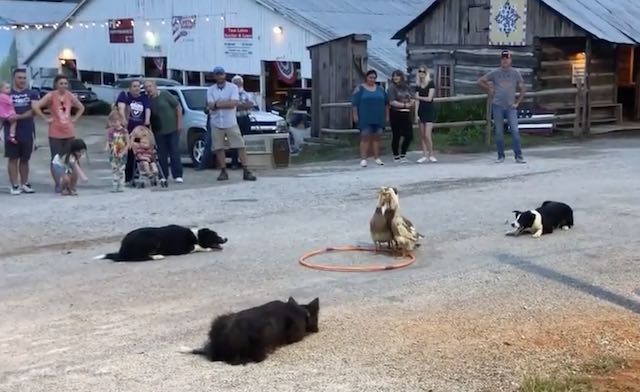 “It was a small part of the demonstrations he did with our border collies herding ducks,” Collins says of Chad and the dogs. “The dogs are imported Roy, imported Lass, and Celt.”

Watch all three dogs in action in the video below.

Dachshund’s Hilarious Performance Gets Her Some Well-Deserved Treats

Husky Mama Teaches Her Puppies How To Howl

Huskies Have Hilarious Tug-of-War Over Tiny Piece of Paper