A beagle who was scheduled to be euthanized at the Franklin County Dog Shelter, showed his appreciation to his rescuer during their car ride home in the sweetest way.

The 2-year-old shelter dog named Gregory was saved by Joe Kirk, who works at Ohio’s HOUND Rescue and Sanctuary. Gregory didn’t have much time left because he had heartworm, not only a death sentence health-wise, but also because the shelter could not afford the costly treatment.

Thankfully, the “rescue only” pup came to the attention of HOUND Rescue and Sanctuary and Gregory was rescued in time.

During their freedom ride, Kirk took a “selfie” of them that quickly went viral. In it, Gregory leans into Kirk, giving him an embrace. 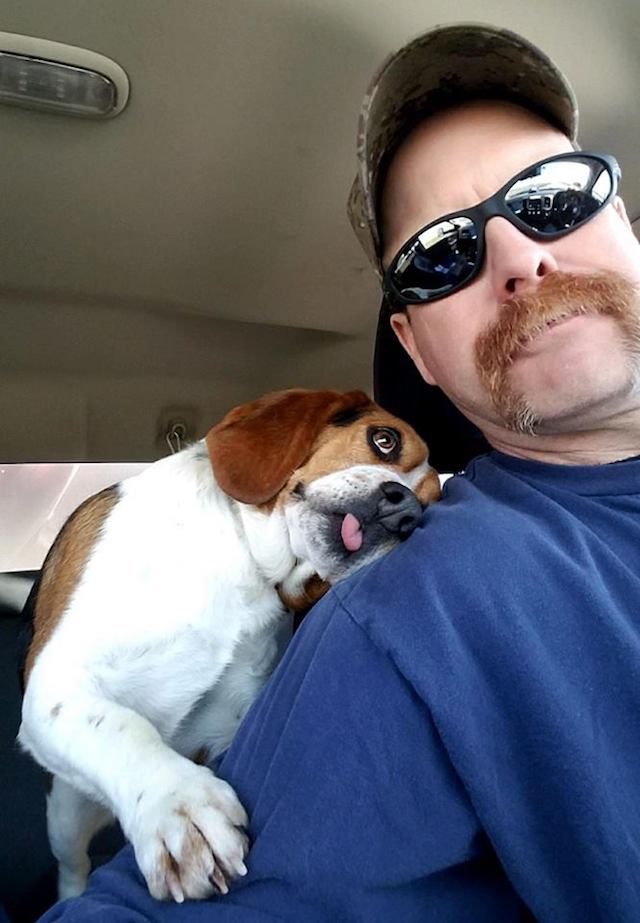 HOUND Rescue and Sanctuary shared the photo later on their Facebook page and wrote:

“The BEST Freedom Ride Picture EVER! Pulled from the Euthanasia List at FCDS today by HOUND Rescue and Sanctuary, “Gregory” is one thankful and appreciative Beagle! He KNOWS he is SAFE! He is Heartworm Positive and will be going through treatment, but he knows he is in good hands! We will get him healthy and provide him all the love he so deserves and a wonderful future!! What a Great photo of Gregory and my Husband Joe on their way home from the shelter! This is what makes it all worthwhile! This is why we Rescue!”

Gregory has since been cleared by a vet and will be up for adoption soon. Visit The HOUND Rescue and Sanctuary for details.