An animal rescuer on route to his shelter made an unexpected stop to save a dog abandoned on the side of the road.

Dogs in Serbia are commonly abandoned on the street or in the woods and the founder of Dog Rescue Shelter Mladenovac is often the one rescuing them.

That’s how this beautiful two-year-old female dog came to be rescued. While heading back to his shelter, the animal rescuer spotted the dog standing in the middle of the street. She had been left to fend for herself on a busy road.

Although she appeared unafraid, the road was no place for the homeless dog to be.

In the video, a large blue truck approaches in the opposite lane, so the rescuer does not immediately run towards the dog as he does not want to startle her and have her run into the oncoming vehicle.

Instead, he gestures to the truck to stop; the driver slows down and narrowly passes the dog, something that may not have happened had the rescuer not been there.  Sadly, lots of dogs get hit by cars on the road in Serbia. 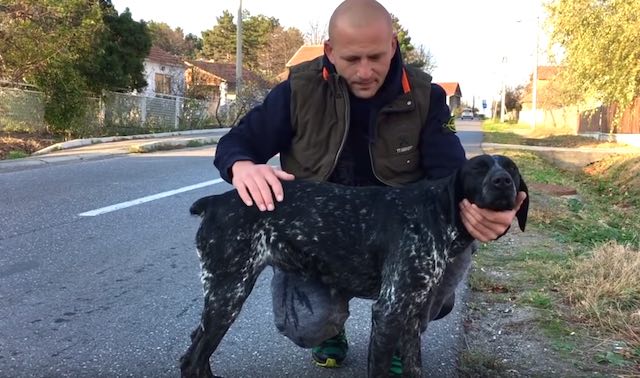 Once the truck passes, the animal rescuer scoops her up in his arms and brings “Boba” back to his shelter where they were rescued by the other dogs in his care. 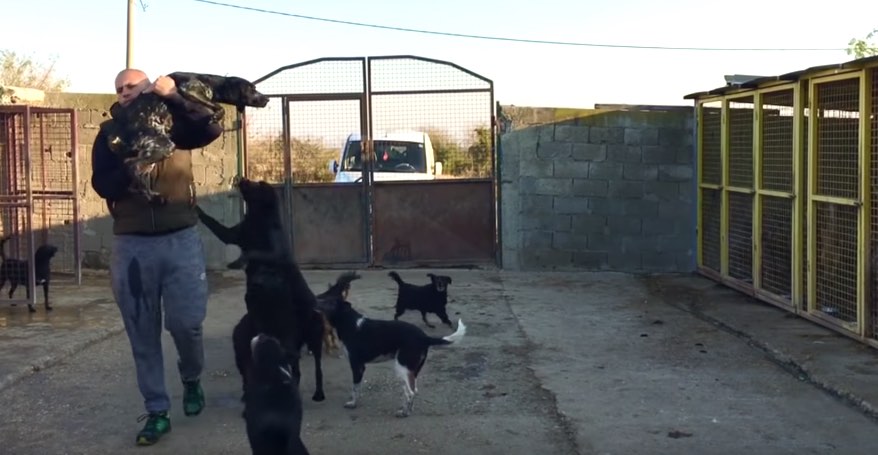 Thank goodness he spotted Boba when he did, or she may have become another casualty on the road!

Man Rescues Abandoned Puppies Out Of The Trash Every Single Day