A mama dog was found abandoned on a roadside dragging a crate behind her with four puppies inside. According to the McIntosh County Animal Services (MCAS) of Darien, Georgia, the mama dog was tied to the crate and on dirt road when a father and son noticed them. 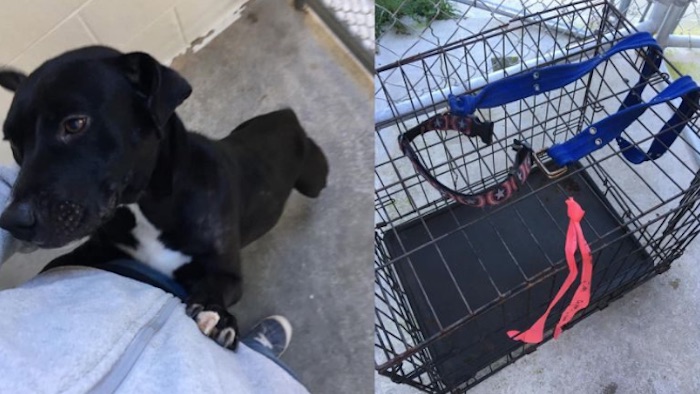 “We know there is evil in this world and this just further proves that! This poor mama dog watched as someone put her four young puppies into a wire crate and then tied a blue belt around her collar and then tied the belt to this crate and left them down a dirt road!!!” 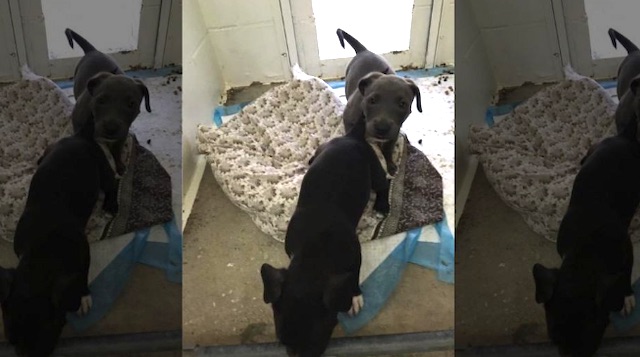 Fortunately, a man and his son spotted the mama pulling the crate along the road and stopped to pick them up. They drove them to MCAS where they were immediately treated by staff. 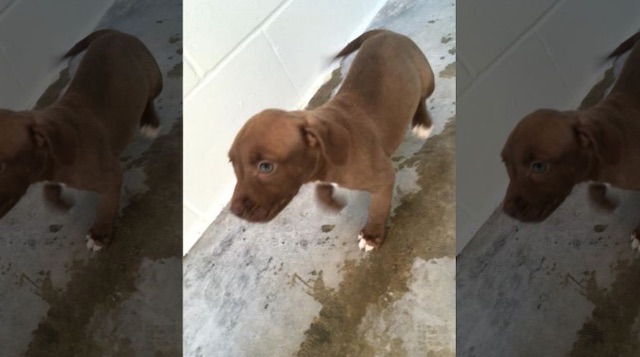 The dogs were “fed, watered, vaccinated, dewormed, bathed and defleaed.” Marianna Hagan, MCAS Director, told WTOC that the puppies were crammed inside the small crate and smelled really bad because they were covered in feces.

But a few days at the shelter, and the puppies were happily playing outside.

Look at these good boys and girls 😍 So playful! The mama and her pups were dropped off at McIntosh County Animals Services a week ago after being rescued by a father and son. pic.twitter.com/xFqptPKxAU

The canine family will soon be flown to Fancy Cats and Dogs Rescue in Virginia with help from volunteers with Pilot N Paws. The rescue will ensure the puppies (2 boys and 2 girls) are properly weaned before they are adopted out. They are currently looking for foster families, donations and have asked their Facebook followers to suggest names for the four puppies. 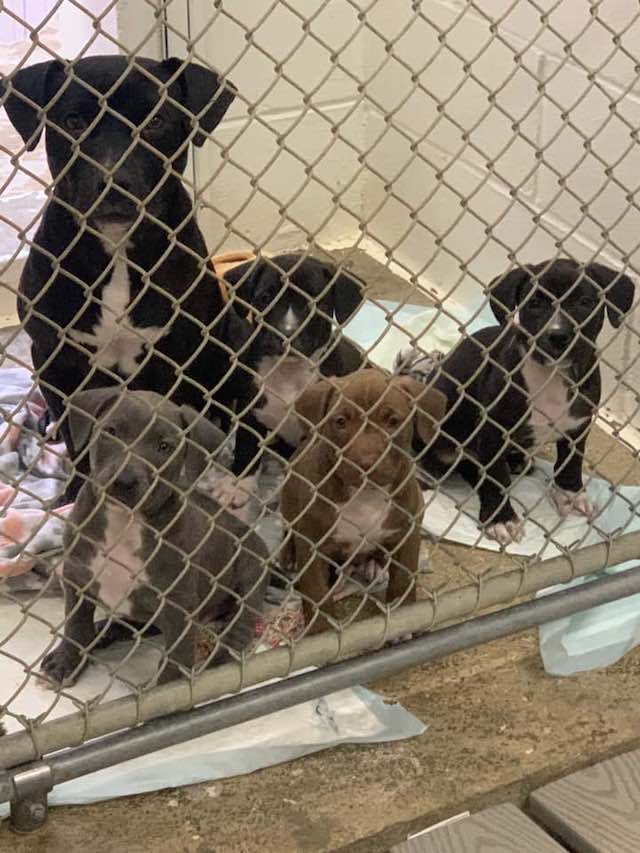 MCAS is asking anyone who may have information on who is responsible for dumping the dogs to call 912-437-4242. Calls will remain anonymous.