A very sick Rottweiler was rescued off the streets in Taiwan and nursed back to health. His transformation was so remarkable that he not only won over his rescuers,  he won the hearts of dog lovers overseas and earned recognition for his amazing recovery.

Poor Tiny was first saved by a local rescue group in Taiwan named The PACK Sanctuary. The Rottweiler had been abandoned in the streets in terrible shape and ended up at a kill-shelter. 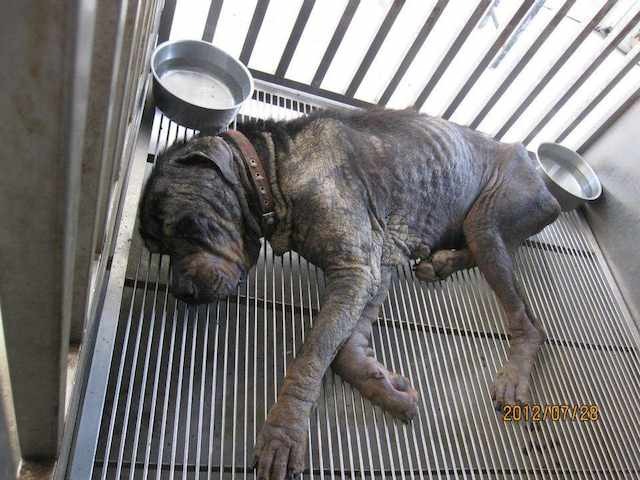 He had full-blown demodectic mange, open sores and was severely emaciated. 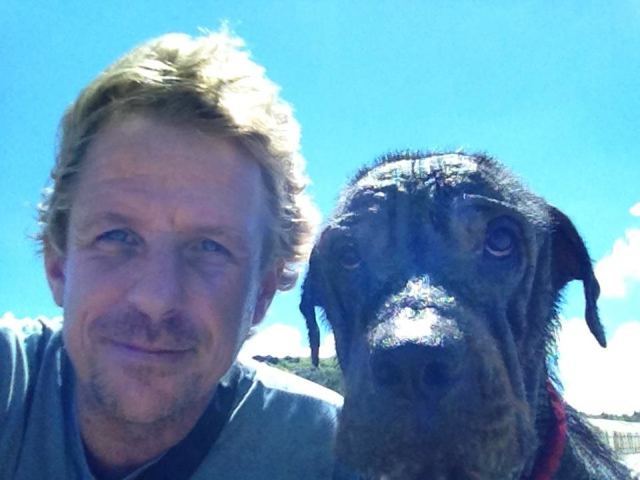 The shelter told The PACK Sanctuary’s co-founder and executive director, Seán McCormack, that the dog was aggressive. But what was obvious to Sean was that Tiny really needed help. 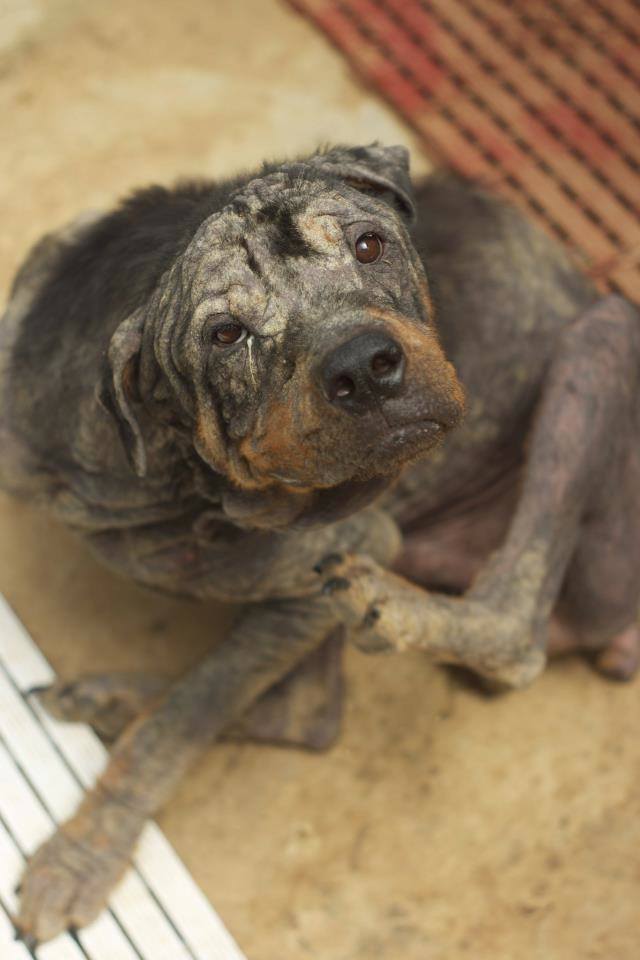 Sean took the depressed dog back to the Sanctuary and gave him the medical care he needed and a place to heal and feel safe. 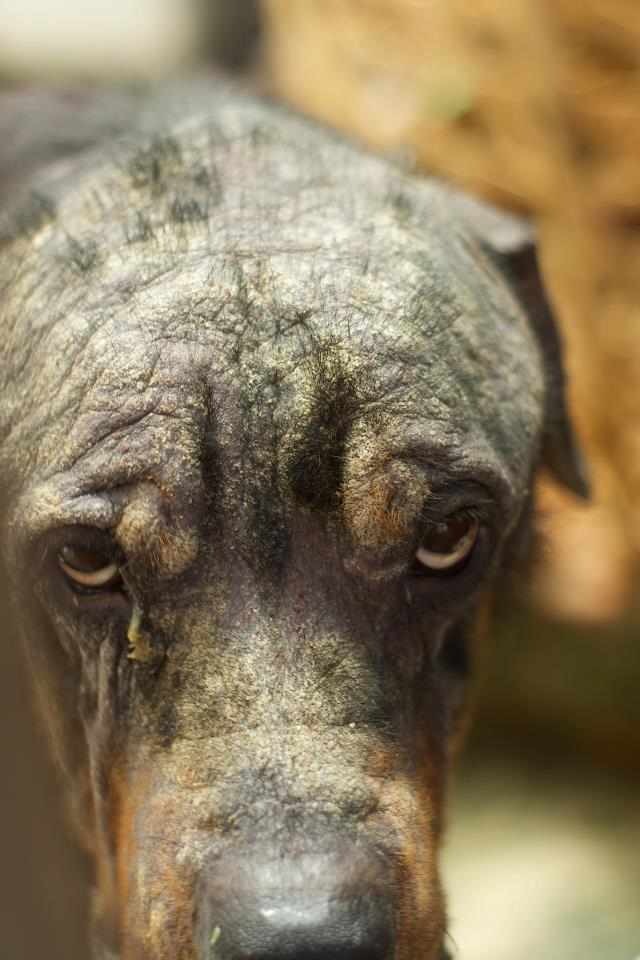 Sean said that he first guessed that Tiny was a Mastiff because the dog was so disfigured. 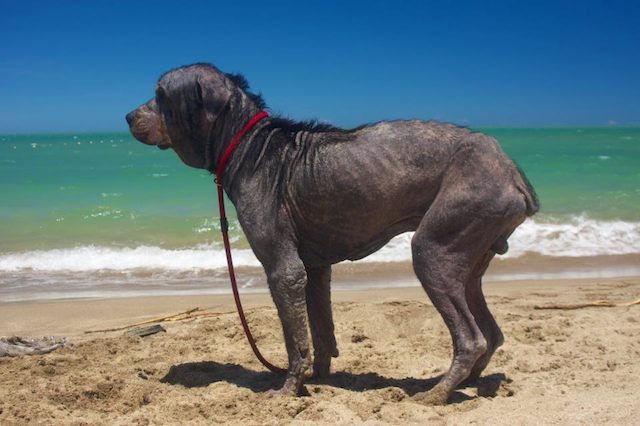 Over time, Tiny got better and became a favorite at The PACK Sanctuary. One of the shelter volunteers, Leila Pereira, said when Tiny first came in, “He looked like he had given up on life. I fell immediately in love with the large, lovable Rottie with an ironic name.”

She loved him so much she adopted him. “I moved into a new apartment just so I could adopt him. He is now a beautiful and very well loved dog.” 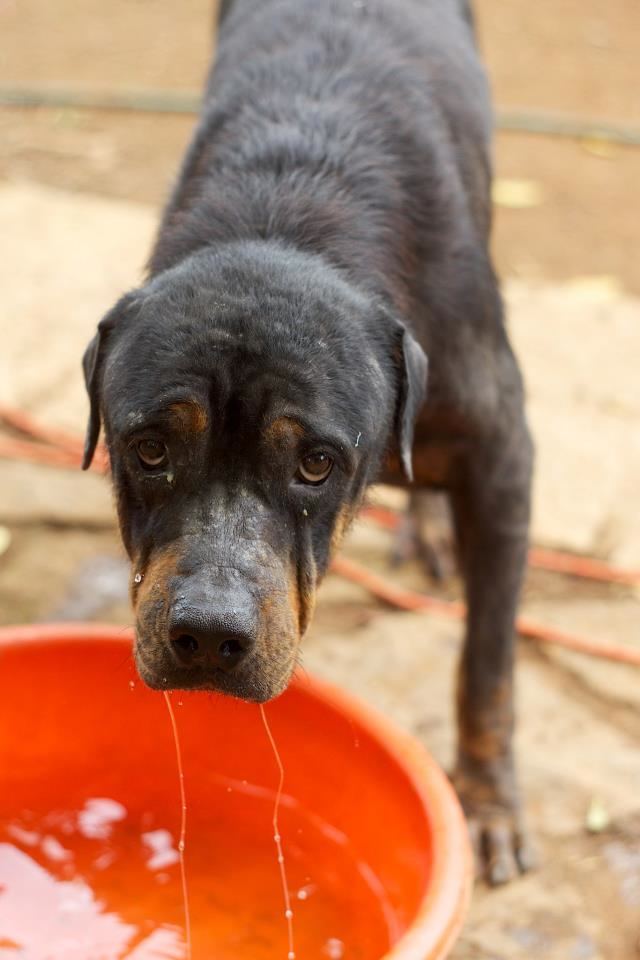 Tiny’s amazing transformation was also recognized by the RSPCA in Britain during their Ruff Awards in 2014, the year in which he was rescued. He won “Grand Champion of Ruffs 2014, which was basically “Best Dog” after an online vote. 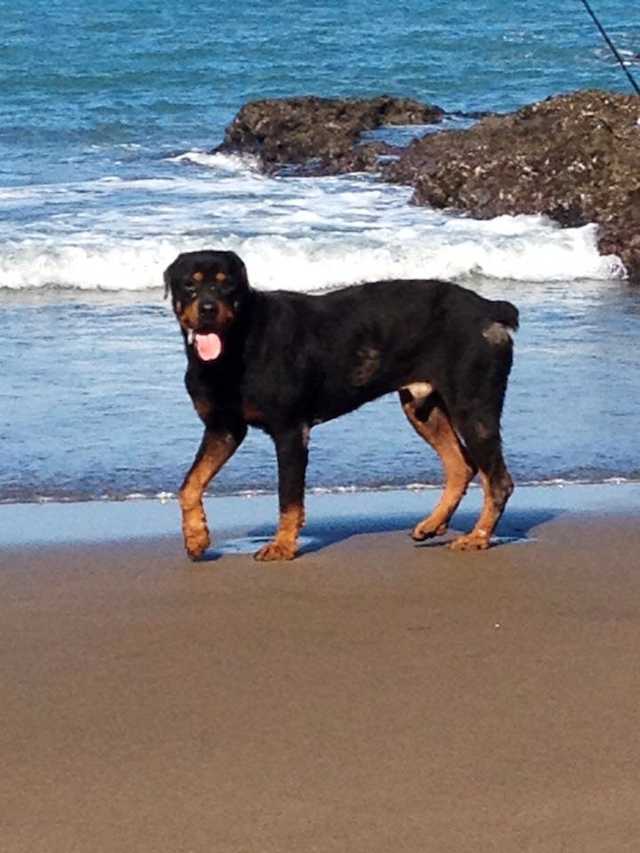 Sean said of Tiny’s achievement at the time, “We are all over the moon that Tiny was crowned Grand Champion of Ruffs 2014 and hope it serves as food for thought for all those rescue organisations that kill animals like Tiny in order to ‘end their suffering’.” 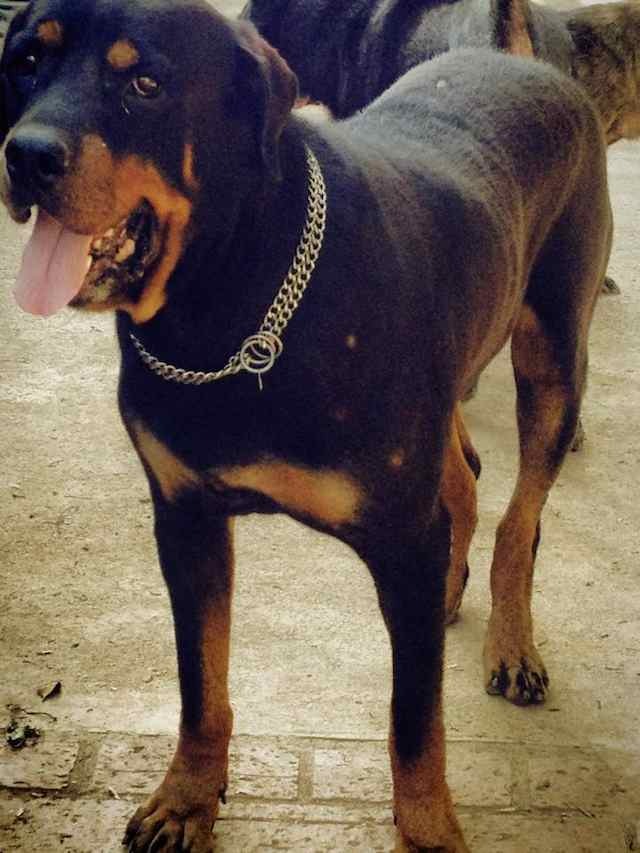 Sean has moved on from his position at The PACK Sanctuary, but they continue to do wonderful rescue work for animals in Taiwan. You can visit their website here.

Sean now works as Executive Director and Rescuer at ACT—Animal Care Trust in Taiwan, a rescue organization he also helped co-found. You can see the work they are doing rescuing cats and dogs at their website here.

Sweet Dogs Won’t Let a Fence Come Between Their Friendship