Wildflower the Pit Bull was one stray among many when she was rescued from the streets of South Carolina in 2016. She was saved by Carol Skaziak, founder of the Throw Away Dogs Project, who right away saw her potential to be a narcotics detection dog. 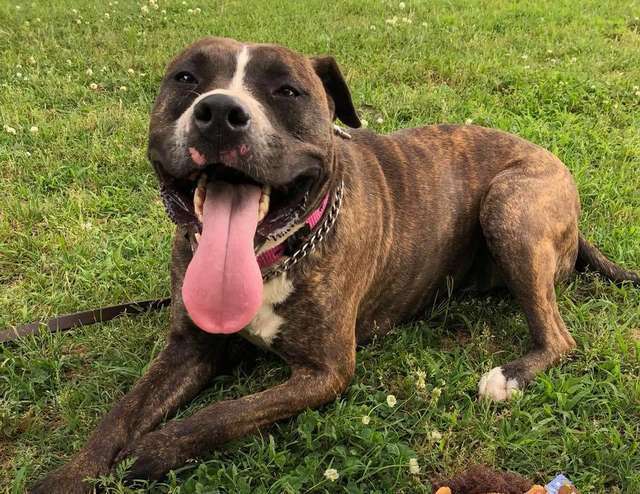 Wildflower began training and over 6 months she reenforced Carol’s instincts – she was an excellent detector. It wasn’t long after, that she landed herself a job. 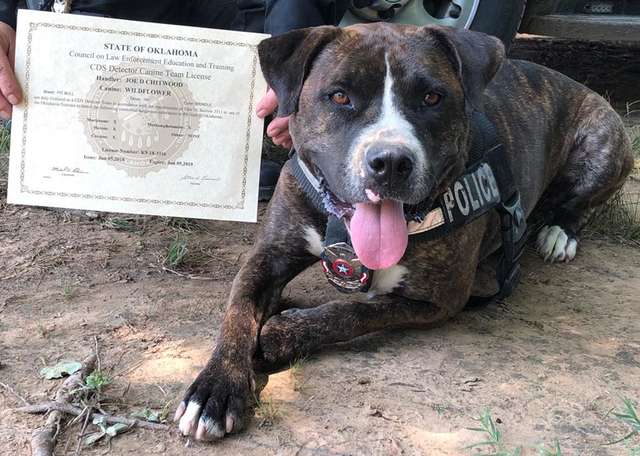 She’s just joined the Wetumka Police Department in Oklahoma — and she is the first rescued Pit bull to become a K9 officer in the state. 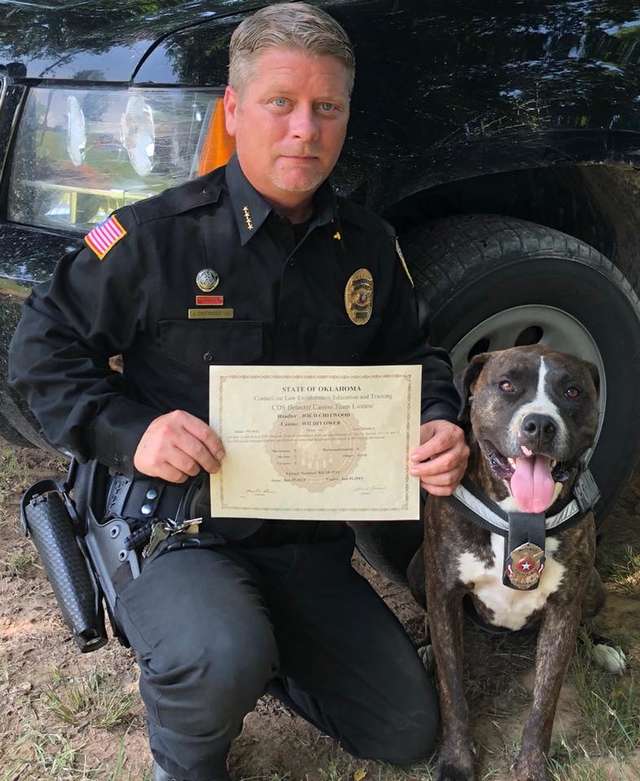 “A lot of folks just don’t take to pit bulls well, or, they have preconceived notions about the breed,” Wetumka Police Department Chief Joe Chitwood told FOX News 25. ”[Officer Wildflower] is ours now. She’s here to serve our community and be an ambassador to the pit bulls here in this state.” 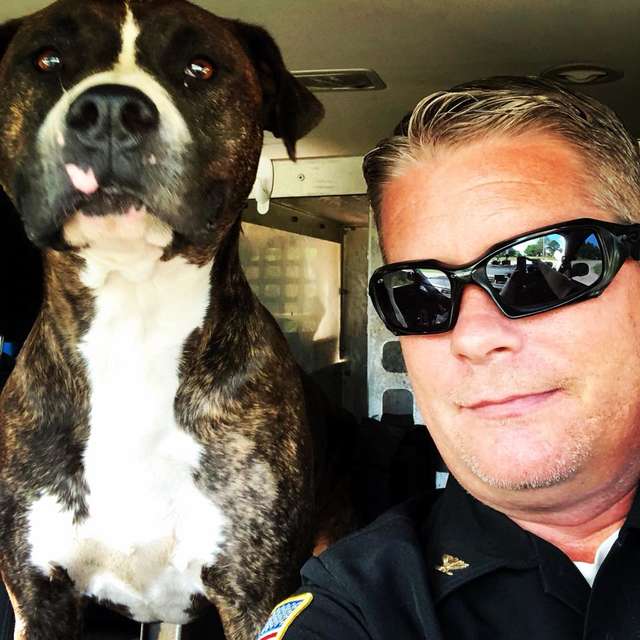 Wildflower is an excellent example of how homeless dogs can achieve wonderful things if they are given a second chance. As Throw Away Dogs Project says, “Misunderstood dogs can make a difference.” 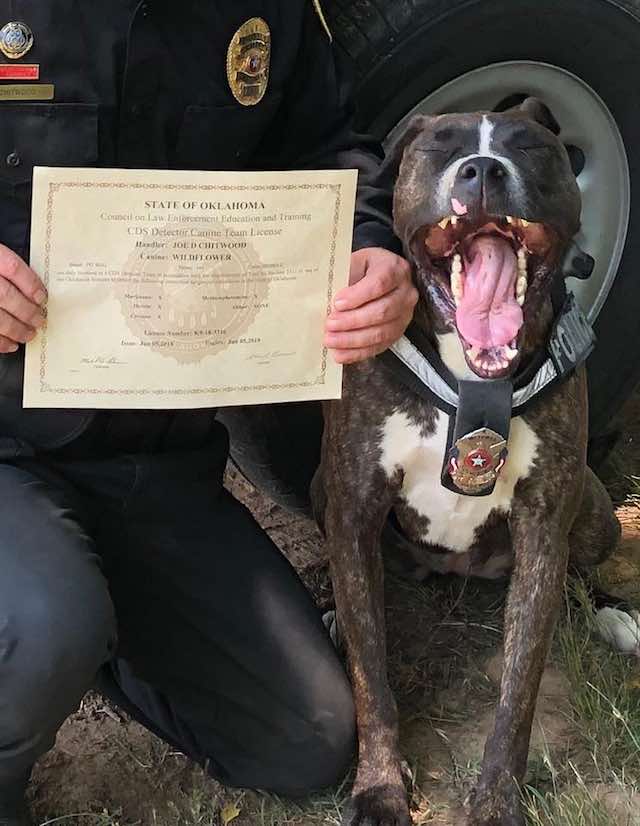 Find out more about the work Throw Away Dogs Project does at their website.