Some young men who are diggers in Novosibirsk, Russia, put their talents to work to save a puppy trapped in a tunnel.

“It was a very hard rescue operation,” writes one of the men. “My friend and I are diggers, we like researching underground shelters and other underground objects. People called us because they heard a crying puppy underground.” 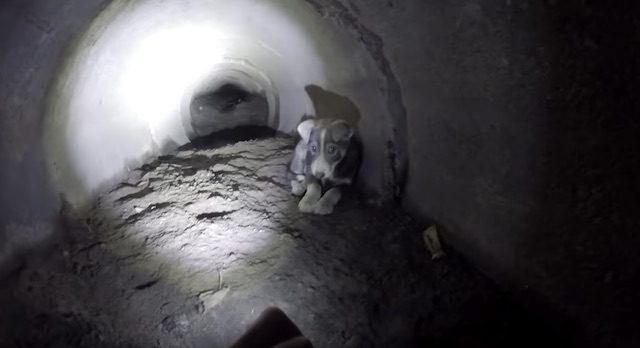 “We tried to help him three times. The first and second time we failed and we got gas poisoning and felt sick. On the third attempt we managed to rescue him and the poor puppy was taken to a shelter.”

Watch their rescue of the puppy below.