Beowolf the rescue dog spent almost an entire year in the wilderness, but he is finally back with his family thanks to a team of volunteers who “spent hundreds of hours, drove thousands of miles, all for the love of this one dog.”

Beowolf got lost in the Spring of 2017 after he got spooked while out playing outside with his Chihuahua pal, Fabio.

The lost dog came to the attention of Granite State Dog Recovery (GSDR) after he was sighted around the snowy lake near Hill, New Hampshire in January. What followed was a “cat and mouse” chase to catch him, but he was so clever, he eluded his would-be rescuers for 10 months despite them laying out food and traps.

GSDR and his family were constantly worried about him, given the freezing temperatures and the dangers of being near a frozen lake and being out in the wilderness alone. 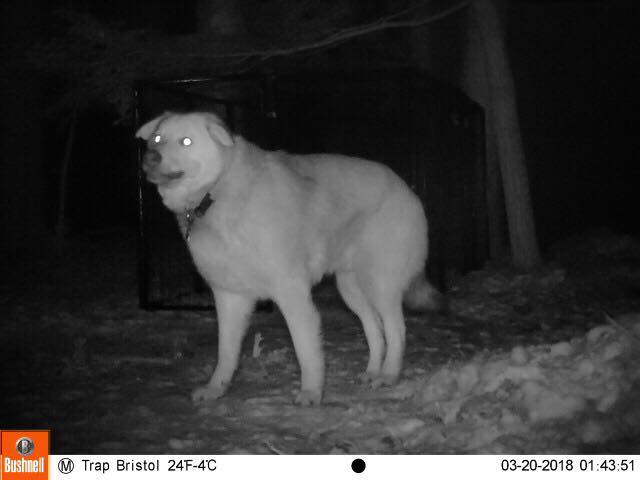 Granite State Dog Recovery shared their amazing efforts to rescue Beowolf and how he finally ended up reunited with his family:

“Beowolf was spooked on May 26,2017 and bolted down the driveway and quickly disappeared into the woods of Hill NH. There was never any sightings of this sweet scared boy so his family thought the worse.

“Well let’s fast forwarded to January 3, 2018, GSDR received a call about a skinny blond retriever like dog bolting down the road. A food station was quickly set up but nothing came of it. Reports came in that he fell through the ice of Newfound lake but was able to pull himself out.” 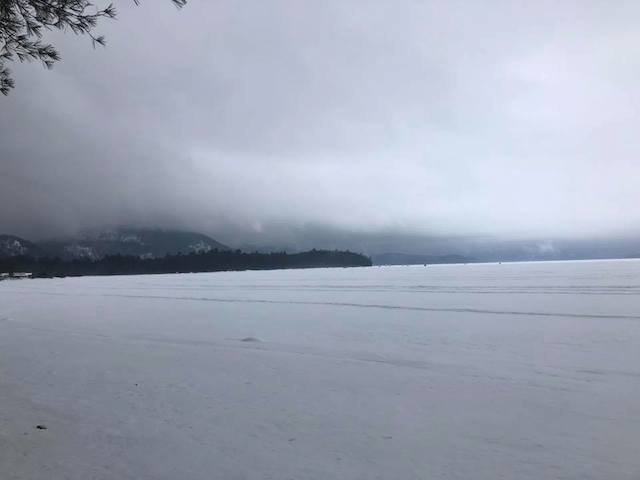 “We were never able to confirm but that was our biggest fear that this would happen and the outcome would not be good. A wet dog in temperatures in the -negative numbers would not be

“On January 5,2018 at 11:30 pm we finally got the blond dog on camera we matched up our lost dog photos. Once we thought we had a match we made a call to his parents to confirm it was definitely Beowolf.” 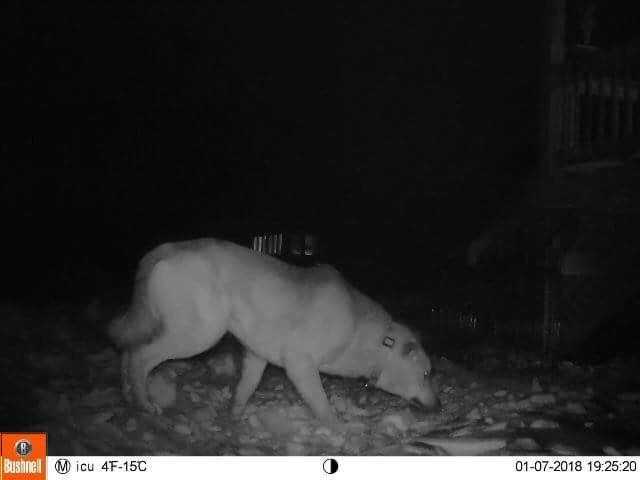 “Next we at GSDR put a plan in place. A trap was brought to the location but due to extremely cold temperatures we did not set it right away. If this dog was caught and our cameras malfunctioned within minutes this dog or any other animal could die to exposure.

“There were times we would be out setting up and the temperatures with the winds coming off Newfound lake were -35 degrees. Our hearts broke every day for Beowolf but we knew he could stay warm whether under a cabin or under a porch he had shelter from the wind,snow or freezing rain. Dogs are resourceful and a lot smarter than we give them credit for.” 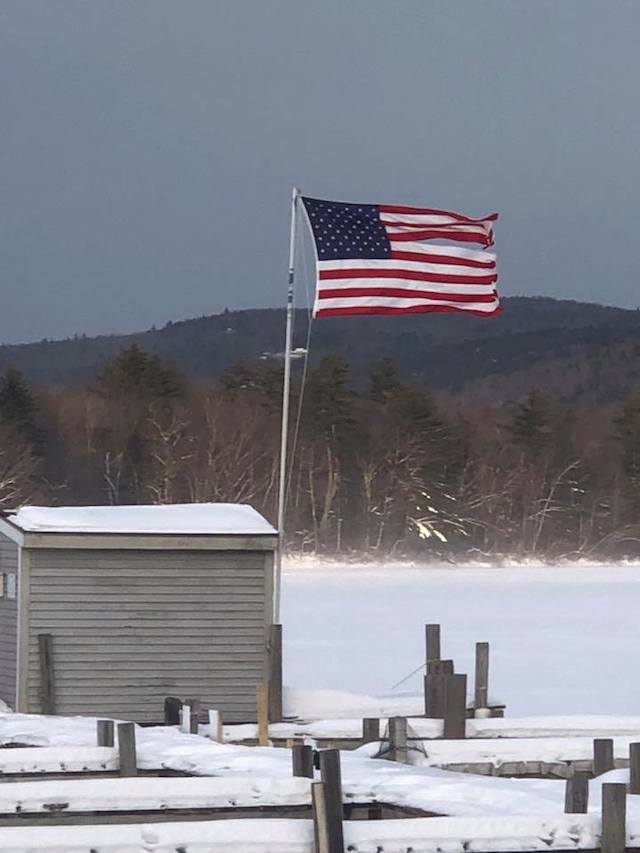 “Once the trap was set we knew due to the behavior displayed this dog was not falling for it. The Gracie trap was set up in 5 degrees. We literally had to keep going back to the car to warm up as it felt like your face was falling off due to the cold. Well guess what? After it was set up, Beowolf never came back to the area. You have to ask yourself was he watching?” 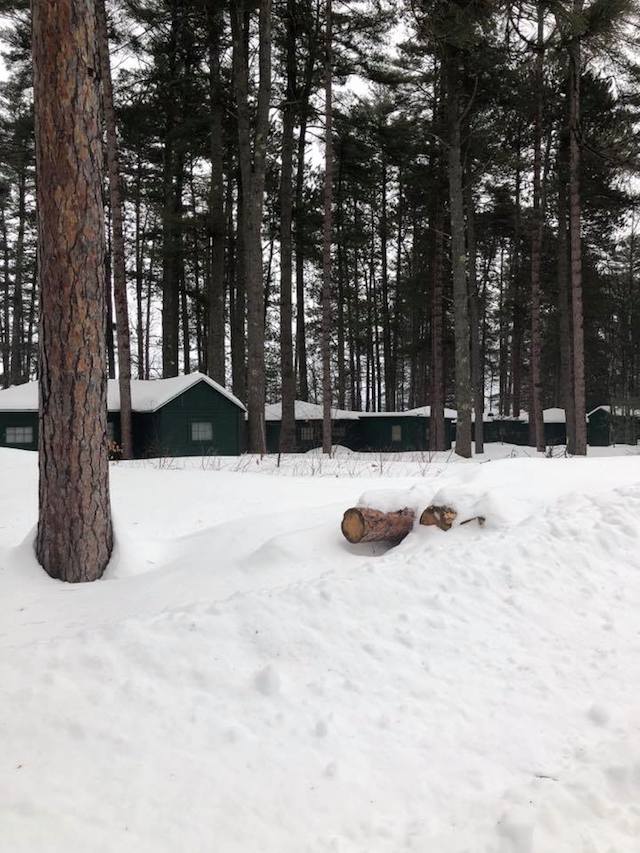 “Feeling defeated but not giving up we headed back up to Bristol NH and went to town hanging posters, except in order to due that we literally had to hike mountains of snow to get to the telephone poles.” 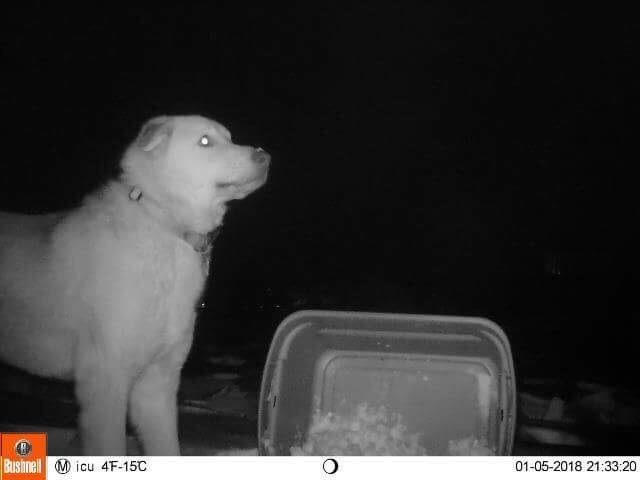 “Within a few hours the calls started coming in we then set up a new feeding station and BINGO we located him again. Bristol Police department called GSDR a couple times when they had eyes on him but he wanted no part of participating in becoming part of the police force. No matter how cold or how covered in snow he was, Beowolf’s one mission was to avoid capture and quickly disappear out of sight.

“We received permission from a wonderful family to set up the Gracie kennel on their property but guess what as soon as we set it up Beowolf was gone again. No sign of him and NOT ONE CALL! Did he fall through the ice of Newfound Lake?

“Then one day we were networking with people. We looked over and noticed prints coming and going for a Summer camp. We set up and bingo we had him on camera once again. We once again set the kennel and tied it open. It took Beowolf over 10 days to attempt to walk over the threshold but with time he got up the courage and went for it.” 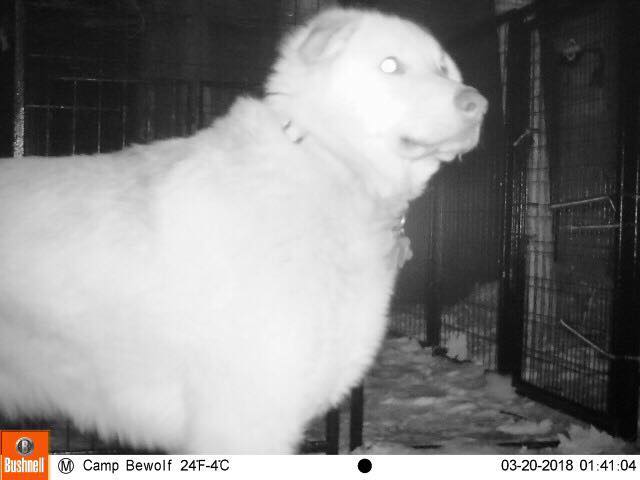 “The Gracie trap was set and we planned to camp out in the car until Capture. We camped in the car and froze but Beowolf was total no show! Heartbroken and defeated we headed home at 5am.

“Our team member Nadere would continue feeding him at the same time everyday to keep him on routine. Did you know that lost dogs are picky eaters? Beowolf preferred Meaty Marrow bones(kept him busy so he did not travel) hot dogs by the pounds had they had to be on the ground. We tried using bowls and he would not attempt to even go near them. Everything was a set up in the mind BEWOLF.

“Days were spent In the car freezing, only to be outsmarted by a lost dog. On April 2, 2018 after 86 days of of being outsmarted we FINALLY OUTSMARTED Beowolf and he captured and safe! Beowulf looked to have no injuries or signs of frostbite. He is one true survivor.” 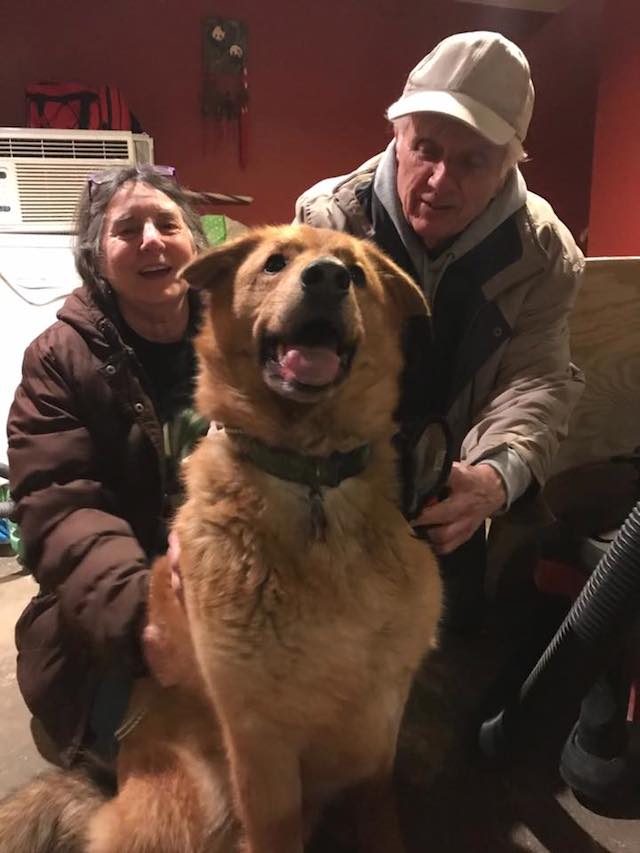 “Remember if you have a missing dog you should never give up, they are out there somewhere waiting to come home. That one sighting call might be the key that provides the clues to that lead your dog to safety.”

You can support Granite State Dog Recovery and their amazing rescue efforts on their website.

As for Beowolf, his family says he’s happy to be home, and more than happy to stay indoors.

Glimmer of Hope for Paralyzed Puppy Thrown From Moving Car