A tiny Cavalier King Charles Spaniel cross named Honey was picked up from the side of a highway in England, and rescued by DogHeirs member Joanne Logan. Joanne had no way of knowing at the time that when she agreed to rescue the one dog, she would eventually end up saving three.

Joanne shares her story of what happened when she took Honey home:

“Honey was abandoned on a motorway where she was rescued. No owner came forward despite every effort made to trace them. I was asked if I would home her as she appeared to be incredibly nervous and traumatised from whatever had previously happened to her. At this time i already had 2 dogs but did not hesitate to take her. 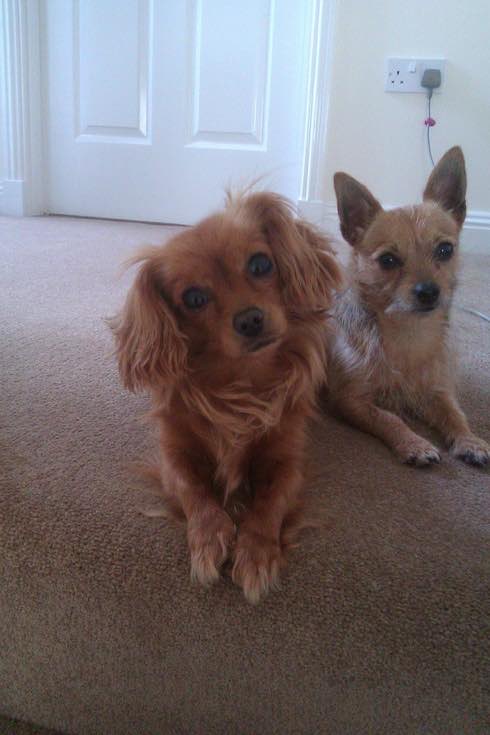 “Very shortly thereafter it was discovered she had a hacking cough. I took her to the vet several times. She was negative for kennel cough and it was assumed at this time it was stress and trauma. On one of the visits 8 weeks after getting her I expressed my concern that she was getting really broad in her back end. To my shock when the vet examined her he stated she was in fact pregnant and due the following week! As you can imagine I had little time to get my head round it when she had 2 huge puppies by c section. She was too petite to have a natural birth. 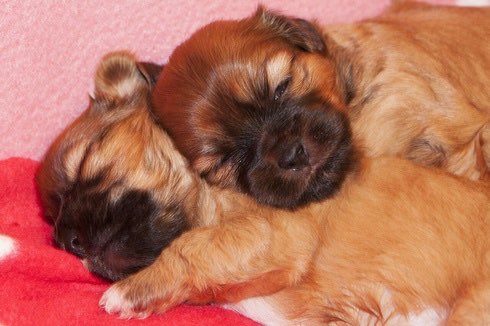 Poppy and Alfie having a hug

“The weeks after this went by in a blur. It was hard work as Honey was still very weak and poorly. Despite this she was a caring loving mother who adored her puppies. 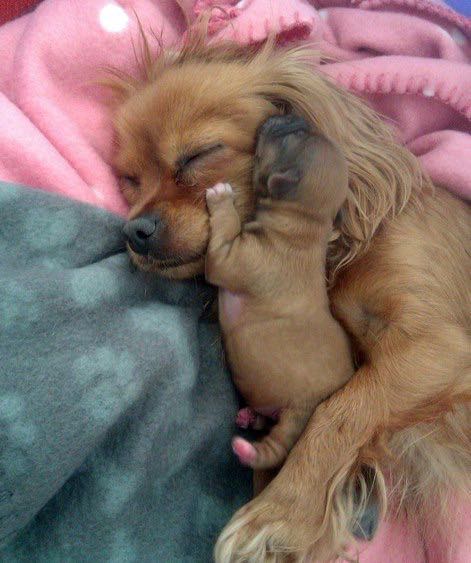 Honey with her puppy Alfie

“I did initially seek homes for the puppies however as the weeks passed I realised I would be heartbroken at separating them. Thankfully I have a placid natured husband who too adored all our wee dog family. 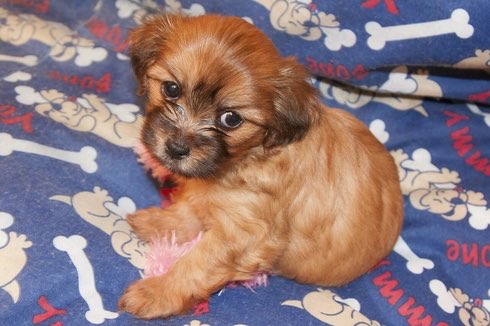 “Honey slowly picked up however the vet was of the opinion that her health would not return whilst still feeding the pups. A decision was made for her then to live with my mum who lives a short distance away. She adores my mum and loves the quiet life. 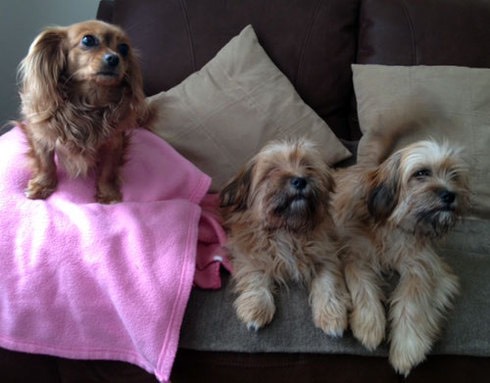 Honey with her puppies

“Missie our little chorkie then stepped in to be the surrogate mum. She loved her new duties and the pups loved her too. The beauty of it all is that Honey still sees her pups who are now nearly 6 months old every week. They kiss and play. 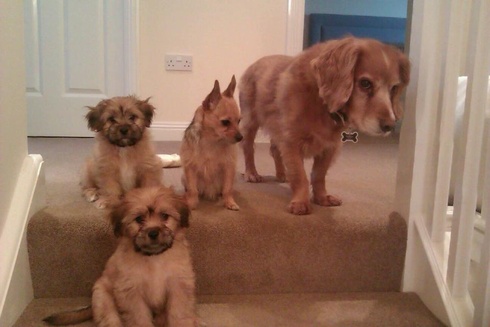 “The spaniel Kyle is very much the leader and all the dogs look up to him. We are blessed to have such lovely dogs. They are loved and spoiled and despite it being hard going we would not have it any other way.”