A scientific study shows that dogs form bonds with their owners much like babies do with their parents. Dogs were found to respond similarly to the way children do in the presence of their parents and derive security, comfort and motivation from their humans.

Scientists at the University of Veterinary Medicine in Vienna, Austria, conducted a study looking into the behavior of adult dogs and how they responded to their owners. They based their experiments on the theory called the “secure base effect”. Secure base effect is the theory that children use their parents as a secure base when it comes to interacting with their environment and the world around them. This security has a profound effect on a child’s daily life and their scores on cognitive tests. 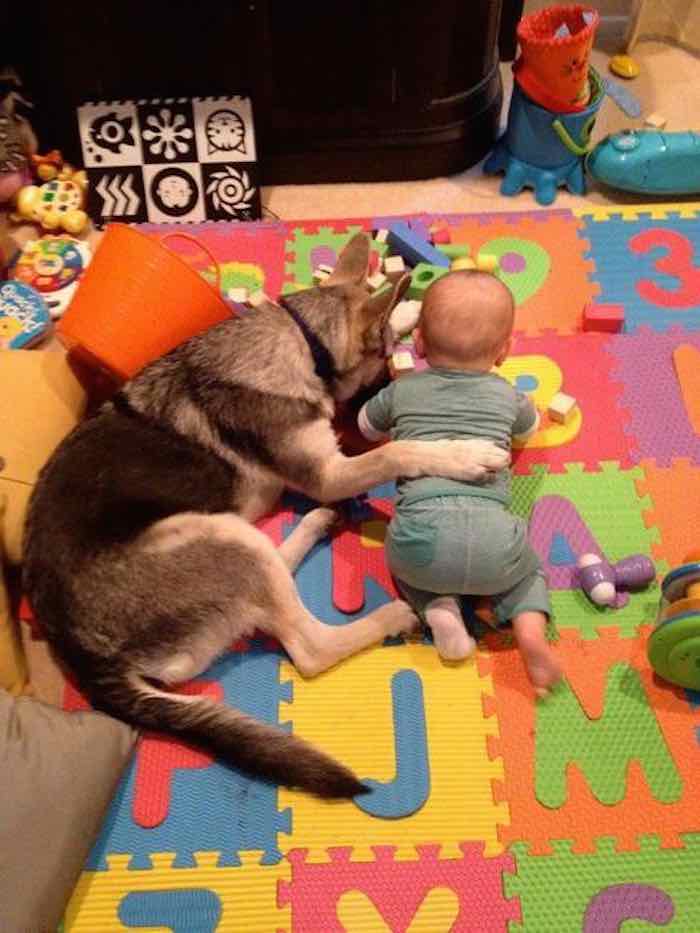 The researchers decided to investigate if a similar effect occurs between dogs and their owners. They set up several experiments with three different scenarios: an absent owner, silent owner and encouraging owner. Only dogs living permanently in the owner’s household as pets were selected and all dogs had at least basic obedience training. All dogs were highly food-motivated.

Dogs were allowed to play with different interactive toys to get a food reward inside. The dog’s owner was then either absent (absent owner), or did not encourage the dog to complete the task (silent owner) or they enthusiastically supported their dog (encouraging owner).

Researcher Lisa Horn said results showed dogs seemed much less interested on working for food when their caregivers were not there than when they were. The results also showed that whether a caregiver encouraged the dog during the task or remained silent had little influence on the dog’s level of motivation.

They also left a dog alone in a room was two chairs and two pieces of clothing (one belonging to the owner and the other to the stranger). When alone, the dog would touch the owner’s clothing and sit closer to their owner’s chair.

The researchers concluded that dogs were only motivated to play because they were more secure when their owner was present.

“One of the things that really surprised us is, that adult dogs behave towards their caregivers like human children do. It will be really interesting to try to find out how this behavior evolved in the dogs,” Lisa said in a press release.

The study “The Importance of the Secure Base Effect for Domestic Dogs – Evidence from a Manipulative Problem-Solving Task” can be read in further detail on PLOSONE.

Dogs Are People Too Says Neuroscientist