A stray Pit Bull peered down from the top floor of an old, abandoned house at his rescuers from Stray Rescue of St. Louis. Trapped for two weeks, the only way in and out of the boarded-up home was through a basement window with no stairs. No doubt the dog had sought refuge but was unable to get back out. 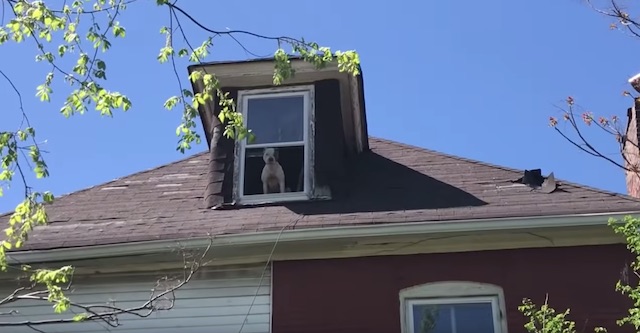 Stray Rescue got the call and came to fetch him. 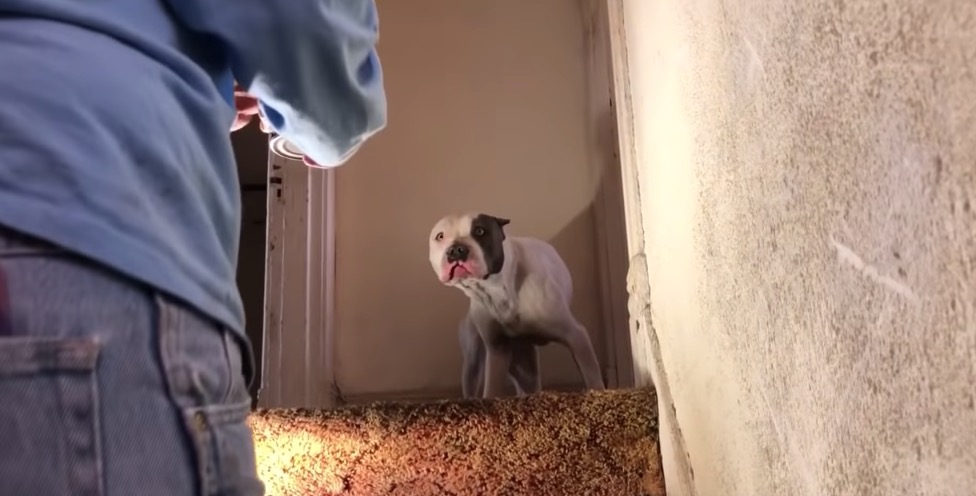 Crawling through the opening, Donna made her way up the decrepit stairs until she reached the tan and white Pit Bull. He was extremely thin and very hungry, but gentle. 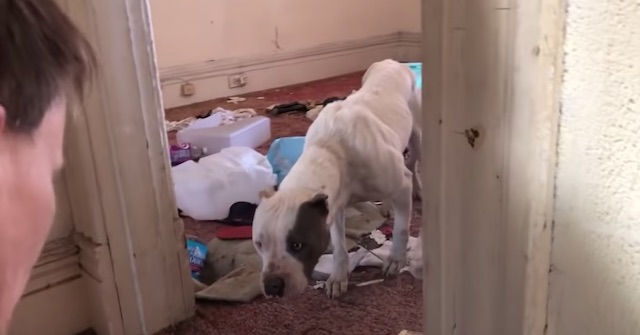 His yellow eyes looked sad and timid as he took the food offered and he agreed to be led by Donna out of the home and to safety.

The moment “Peeps” gets into the car you can tell he is so grateful to be rescued.

Peeps is one big softie and rescuers wrote, “He is safe now and loving the soft blankets and delicious Blue Buffalo meals. He just wants to be touching you.”

Visit Stray Rescue of St. Louis to find out more about Peeps and the other dogs they rescue.