There is nothing more joy-filled to watch than children playing with their dogs. That’s why photographer Andy Seliverstoff spends months and months taking pictures of them and making sure he knows the personality of his models. The results are heartwarming and part of a series he calls Little Kids and their Big Dogs”. Preview some of the amazing photos in this article: Little Kids And Their Big Dogs Share Winter Adventures Together In These Heartwarming Photos.

This second volume contains a global assortment of some of the biggest dogs on the planet, from Irish Wolfhounds and Great Danes to some little-known breeds, such as the Ca de Bou (a medium-sized Mastiff-type breed from Spain) and the Central Asian Shepherd (an ancient guard dog from Kazakhstan, Kyrgyzstan and other Central Asian countries), as well as some familiar faces such as the Golden Retriever and English Mastiff. The “cover dog” is an Afghan Hound, an exotic, long-coated hound that once hunted snow leopard in the hills of Afghanistan.

More than 25 years ago, a long-haired St. Bernard came into my life. Dogs never live as long as we want them to, and after saying goodbye I couldn’t imagine myself without an animal in the house. That’s how Great Danes came into our home.

Last summer, some good friends asked me to shoot their toddler on a walk. We agreed to meet at a neighborhood park, and they arrived at the shoot with not just their daughter, but with their dog as well – a fawn Great Dane.

So we decided not just to photograph 2-year-old Alice, but Alice and her dog, too.

That is how the “Little Kids and Their Big Dogs” book was born.

The main goal of the shoots in this series was not just to create beautiful pictures, but to capture and transmit the interaction between the children and the animals. This state of endless joy and mutual confidence has become the central idea of the “Little Kids and Their Big Dogs” book.

The work in this series has evolved rapidly, as I’ve sought out and photographed the best possible representatives of many of these large breeds. “Little Kids and Their Big Dogs” was released as a hard-cover book in January 2017 by Revodana Publishing. And I am already at work on the second volume, which will be released in the latter half of 2017.

In the end, I hope the photos convey this important message: Love for dogs and children makes people kinder.

Disclosure: This page may include affiliate links. 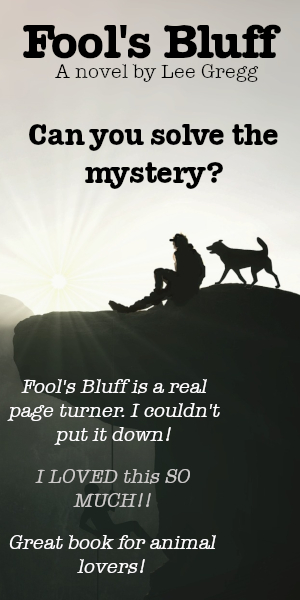